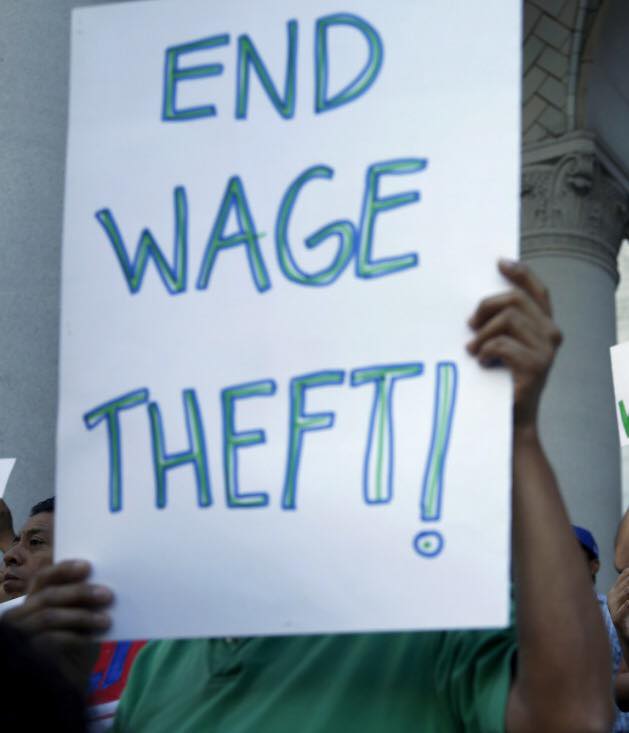 The TWU has called for jail terms for employers who engage in wage theft from their staff.

The Union has demand that governments of all political persuasions hold employers to account over wage theft. The Union has sought support from the Labor Party to change the law to ensure wage theft by employers throughout the supply chain is made an offence.

When a boss steals from workers it’s quaintly referred to as ‘underpayment’. They may reach a settlement with the Fair Work Ombudsman to repay the money. Worst comes to worst, companies will simply be asked to pay back what they owe. This is actually an incentive for employers to see what they can get away with.

We support firm action against rogue elements in our ranks and businesses. Union officials face jail terms, therefore employers should also be held accountable to the same level with jail terms if they steal from the pay-packets of their employees.

The call for jail terms for employers follows exposés of chronic wage theft in Caltex and 7-Eleven. 7-Eleven has so far paid out $90 million for non-payment of wages while Caltex has set up a $20 million fund to repay their workers.

The TWU also seeks authorities to act on employers who game the system and rort our industrial laws by forcing through substandard enterprise agreements on staff.