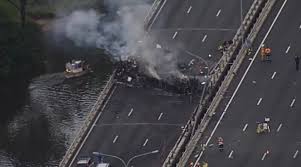 It’s a mistake to allow politics to compromise road safety, particularly when our road toll is rising after years of decline, writes Shadow Minister for Infrastructure, Transport, Tourism and Cities Anthony Albanese.

Trucks account for only 2 percent of registered vehicles in Australia, yet they are involved in 16 percent of all traffic accidents.

We all know the uncomfortable feeling. You are driving along a highway at the speed limit. Suddenly, a semi-trailer appears out of nowhere and begins tail-gating your vehicle. It seems the driver won’t be satisfied until you pull over and let him pass.

There’s a likely explanation for this risky behaviour — the imposition on the driver by his employer of an unrealistic deadline for the delivery of the load. That’s why he’s speeding.

In Australia in 2017, we should not tolerate a situation where unchecked market forces compromise public safety. This is why it is almost incomprehensible that the Turnbull Government abolished the Road Safety Remuneration Tribunal last year with no alternative road safety strategy in place.

The former Labor Government created the RSRT in 2012 to set minimum pay rates that would allow truck drivers to make a fair living while removing incentives for them to adopt unsafe practices such as speeding or, even worse, abusing drugs to stay awake. The creation of the tribunal was a road safety measure.

It was a position based on extensive consultation with trucking companies, the Transport Workers Union and safety experts who agreed to strip incentives for dangerous behaviour out of the system in the public interest. That is why it is so disappointing that the Government scrapped the tribunal after some owner drivers rebelled against a finding on pay rates which they believed was unreasonable. Rather than looking rationally at their concerns, the Prime Minister whipped up the controversy in the lead-up to the federal election as part of his broader war on trade unions in the lead-up to the federal election.

It is always a mistake to allow politics to compromise decisions relating to road safety, particularly when our road toll is rising after years of decline.

The Bureau of Transport, Infrastructure and Regional Economics has reported there were 1300 fatalities on Australian roads last year — 8 percent more than in 2015. Fatalities in December of last year were up 23 percent on December, 2015. Trucks account for only 2 percent of registered vehicles in Australia. Yet they are involved in 16 percent of all traffic accidents.

These disturbing facts require a serious policy response, but since RSRT was abolished, there is now no national safety plan for heavy vehicles.

A serious approach would also involve addressing the structural characteristics of the transport system that encourage unsafe driving.

The Government has a responsibility to respond seriously to the fact that the road toll is once again headed in the wrong direction. A serious policy response should involve greater investment on roads to ensure they are in good condition. 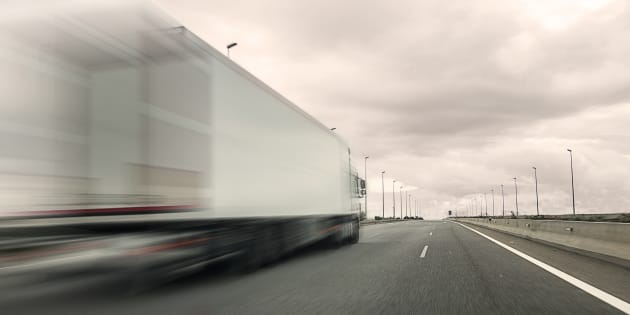 What we have seen is reduced infrastructure investment that has seen a slow down in the progress of important upgrades to the Bruce and Pacific Highways. A serious approach would also involve addressing the structural characteristics of the transport system that encourage unsafe driving.

This isn’t about unions. It happens that the TWU, which represents truck drivers, has shown leadership in this issue. But its advocacy is about road safety, not just for its members, but for all Australians.

Late last year, Transport Minister Darren Chester, concerned about the upward trajectory of the road toll, announced an inquiry to find out what was going wrong. Research is always welcome, but the link between lax regulation and road death is well and truly established.

It’s time to re-examine the structural problem with a transport system that puts the imperative to minimise costs ahead of the far more serious issue of public safety on our roads.

It was graphically highlighted in 2000 when a parliamentary committee produced a unanimous report highlighting the problem. Page one of that bipartisan report said: “Risks are compounded by the commercial imperative on transport operators to maximise the return on their investment, the demands of customers and by the pressure this places on transport workers to undertake longer hours with fewer rest breaks.”

Indeed, NSW Nationals Senator John Williams, a former truck driver, told the Senate on March 20, 2012, that he understood why Labor had introduced the RSRT. Senator Williams said: “We are talking about safe rates. We are talking about what truckies are paid, especially the contractors when they unload at Coles and Woolworths. I do not have a problem with what you are proposing.”

It is clear that the acceptance of the need for a tribunal by Senator Williams and his colleagues was put on ice last year for political convenience.

But the time for politics is over.

It’s time to re-examine the structural problem with a transport system that puts the imperative to minimise costs ahead of the far more serious issue of public safety on our roads.