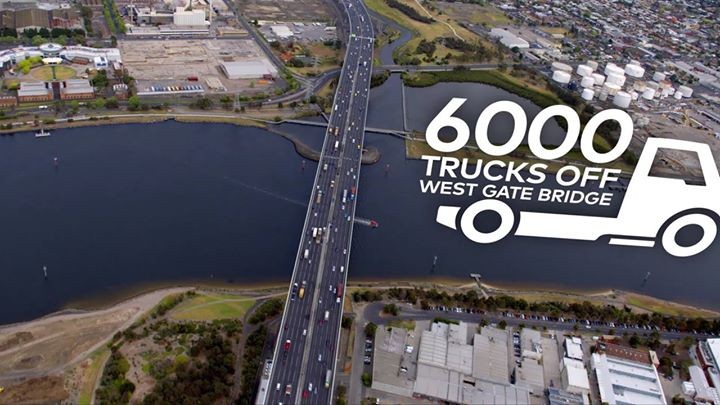 Thousands of TWU members will become big winners from the Labor Government’s confirmation today that the $5.5 billion Western Distributor plan should now go ahead.

It is predicted at least 6, 000 trucks per day will be able to bypass the West Gate Bridge via a tunnel and elevated motorway connecting the West Gate Freeway with the Port of Melbourne, CityLink and the CBD.

The first shovel will turn in 2018 and the entire project – now down to late stage exclusive negotiations between developer Transurban and the government – should be completed by 2022.

Works on the project will also include widening of the West Gate Freeway from eight to 12 lanes between the M80 and Williamstown Rd, upgrades to the Monash Freeway and Webb Dock. It will be funded through a combination of tolling on the Western Distributor, an extension of Transurban’s CityLink concession, and State and Commonwealth contributions.

Treasurer Tim Pallis said the project provided a benefit of $1.30 for every dollar spent and would deliver travel time savings of up to 20 minutes a day.

The final scope and design will be confirmed in consultation with the community, local government and industry during a comprehensive planning process to be undertaken during 2016.