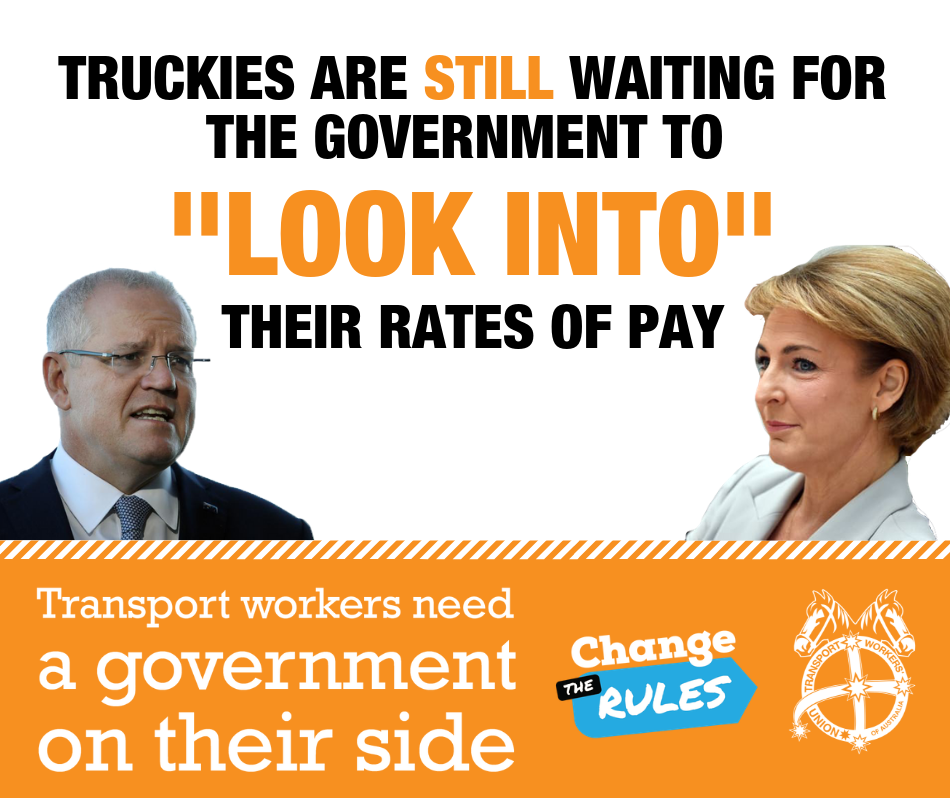 Three years ago the Federal Coalition axed the road safety watchdog.
They promised a new system but truck drivers and road users are still waiting for the Government to act.
The watchdog had the power to set pay and conditions for road transport drivers, hold major companies to account for low cost contracts and investigate safety in trucking.
A Government report found the watchdog’s Orders had cut truck crashes by 28% when it was killed off, since then, sadly, over 530 people have died in truck crashes
The ALP have promised, if elected, to restore Safe Rates.