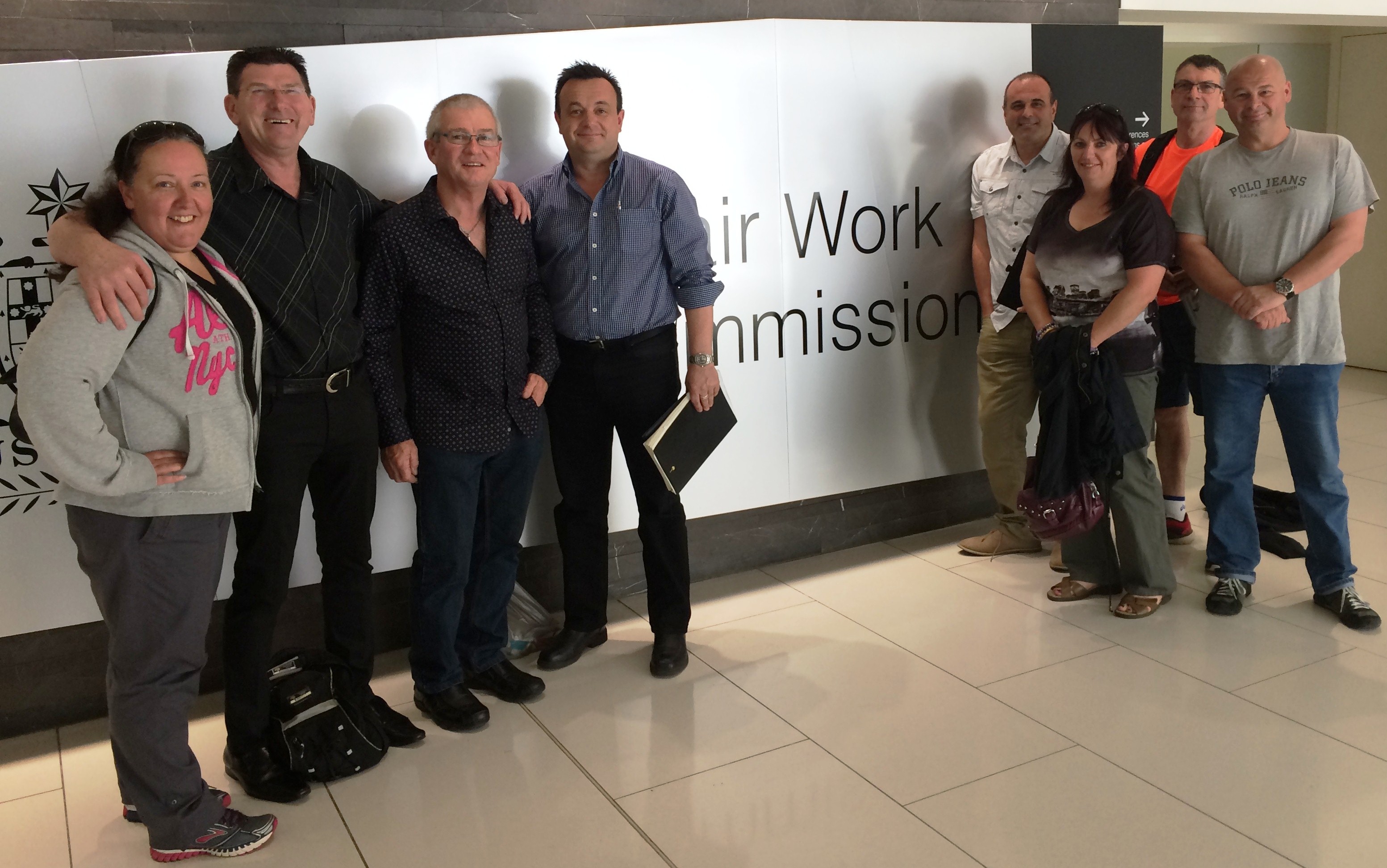 Negotiations for the hard-fought agreement began with the company in April.

The document had been voted down by members on June 27 because of the company’s attack on classifications.

The company had wanted to place new employees on a lower classification regarding wages and conditions (against Award classifications) than when existing employees were placed in the same roles.

The situation was rectified after a further meeting of the EA committee and Martin Brower management and the agreement – which included increased remuneration – was subsequently accepted by members.

On behalf of the TWU (Vic/Tas) Branch, which led the negotiations, we would like to thank the national EA committee members for their time and support and all other members.

MSS Security have jeopardised better rates and conditions for TWU (Vic/Tas Branch) members by walking away from an in-principle agreement.

The ongoing delay to your vote on the proposed EA is unacceptable and against the good faith that the parties have shown in the bargaining process. Pass on the message to non-Union members that now is the time to join the TWU to present a united force in negotiations.

In an August 2 letter to the TWU, MSS Security HR manager Rebecca Jansen, said MSS pulled the in-principle agreement after it heard Melbourne airport competitors ISS was pressing United Voice for 0% pay increases in the first two years of its EA.

The aforementioned contract is only due to expire in 2018.

Ms Jansen claims “this is (now) in the hands of (United Voice)” and that MSS would only proceed with the previously agreed-upon pay increases over four years of 2.75%, 3%, 2.75% and 3% and a sign-on bonus if United Voice were able to fight for ISS to establish a four-year agreement with at least 2.5% increase per annum.

“We hope they will be able to get a reasonable increase for ISS workers,” she wrote.

We would like to thank all Alpha Flight Services members who have taken the time to help their TWU EBA negotiating team by filling out the EBA survey. It is not too late so keep them coming in, your survey responses will help shape the demands put to Alpha management in coming weeks and months. Completing the survey helps send the message to Alpha management that Alpha workers are united for a better, fairer EBA that will help deliver a better future for everyone. For further information, contact your delegate or TWU (Vic/Tas Branch) organiser Dissio Markos.

BROOKLYN-BASED Chalmers Transport members have reached an in-principle enterprise agreement with the company.

Under the new arrangements, members will receive a collective 10-per-cent wage increase over the next three years, eight months back-pay commensurate with the length of negotiations and income protection insurance to be paid by the company.

TWU organiser Wayne Commerford said the agreement was hammered out over three meetings with the company. He happily reports that the company eventually accepted all the demands members had made in their Log of Claims.

“The workers were united in their quest for a strong deal and Chalmers Transport is one of those yards where the members and managers have a strong mutual respect for one another, so this also made negotiations a reasonably pleasurable experience,” Wayne said.

“The company basically said that the guys do a good job, that they were travelling well as a company and they were happy to agree to what was being asked by their employees.”

During meetings with the company, the committee strongly pressed member demands for greater wages and allowances. Other issues raised included the company’s ability to direct

The company has indicated that they will consider the claims and cost the demands.

Members will be advised in regards to any developments.

Pass on the message to non-Union members that now is the time to join the TWU to present a united force in negotiations.

The committee, who reinforced with management the uniqueness of the occupation, presented member demands for greater wages and allowances.

Also raised by the committee was the need for all three delegates to attend EBA meetings, a TWU delegate to review rosters prior to

publication and for TWU representation at ground school.

The next meeting between the committee and company representatives is scheduled for late June.