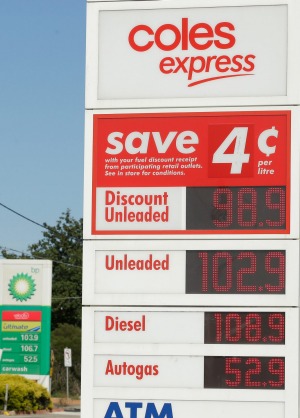 Under the regulations, to be introduced later this year, Victorian petrol stations will improve transparency by only being able to advertise the full price of fuel to motorists.

Currently, some service stations display discounted fuel prices which are only available to consumers if they have specific shopper-dockets.

The RACV said the changes would cut confusion on the road and make it fairer for all motorists who try to find the best deal for fuel.

RACV market research found 65 per cent of motorists surveyed had experienced difficulty understanding fuel price boards. It also found discounted prices were often displayed more prominently making it difficult for consumers to determine the real price of petrol when driving past. Under the new regulations, operators will still be able to advertise the special offer – such as 4 cents off fuel – but they will not be able to list the dollar amount on price boards.

All key stakeholders will have the opportunity to review the new regulations before May 30. They will kick in to effect on December 1.

Minister for Consumer Affairs, Jane Garrett, told TWU News that the Labor Government wanted to ensure consumers were not lured into petrol stations by “cheap” prices conditional on a shopper-docket they may not have.

“These changes will mean every Victorian will know exactly how much they are going to pay at the pump,” Ms Garrett said.

RACV public policy general manager Brian Negus said “since the arrival of discount fuel vouchers motorists have had to deal with confusing and differing fuel price boards at the front of most service stations”.

“This move banning the display of discount prices creates greater transparency and allows motorists to more easily determine the ‘real’ price at a quick glance when driving past,” he said.