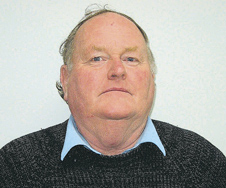 THE days when your local bus driver was a respected and well-known figure in the community are, unfortunately, leaving us behind.

However, one driver was so respected in his local Bellarine – Port Lonsdale community that an obituary – penned by regular passenger Bruce Wearne – was published in the Queenscliffe Herald in August.

Don Patrick was a longstanding TWU OH&S Rep at McHarrys.

It is interesting to note that, shortly after his passing, an issue arose regarding a temporary bus stop.
Questions were asked at the depot and the TWU was contacted.

Senior Bus Organiser Mike McNess made some enquiries and found that due diligence and procedure had been completed by Don and measures already taken to address the concerns raised.
Don had performed his role and it only became clear after he had left us.

The TWU passes our best wishes to Don’s family, especially his wife Marg, who was his able assistant throughout his OH&S role.

In his obituary, Bruce Wearne explained why Don was a well-known and respected personality across the ‘catchment’.
“Many of us will feel a great loss with Don’s departure. We commuters will miss him and his warm smile greeting us. He gave us a living example of an understanding of bus driving as an everyday vocation,” he wrote.

We encourage everyone to have a read of the Donald Patrick obituary, to do so visit http://www.queenscliffeherald.com.au/2016/08/03/vale-mcharrys-bus-driver-donald-lloyd-patrick/