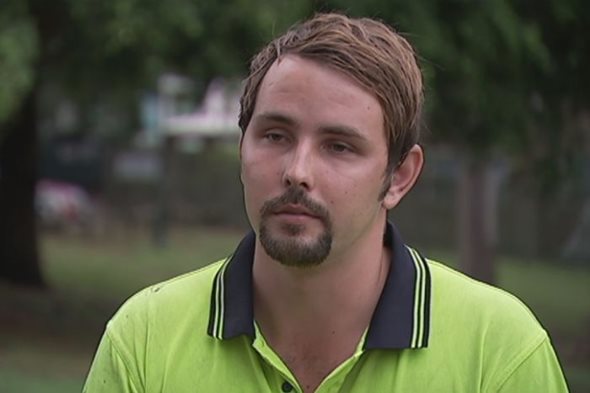 A former Aerocare worker has told 7.30 that a baggage handling supervisor was accidentally locked in the cargo hold of a plane about to take off from Brisbane airport — but it never reported the incident to safety authorities. Watch the report here.

The Transport Workers’ Union has called for an urgent meeting of the aviation industry following revelations last night on 7.30 about Aerocare that showed safety at Australian airports is at risk.
The union said governments, airports and airlines are ultimately responsible for profit gouging, which ultimately results in injuries among airport staff and threatens passenger safety.

·         A worker was locked inside the cargo hold of an aircraft at Brisbane airport prior to takeoff. The incident was not reported to the safety authorities, despite safety experts saying it should have been. Paul Ovetchkine, one of the workers involved in the incident said: “There is just a lack of time and a lack of resources to actually complete the job at times.”

·         Workers are forced back to work while still injured

Staff at Aerocare have among the worst conditions in the aviation ground-handling industry. It allows for split shifts, which is specifically excluded under the award. The shifts mean staff can spend 14 hours and more per day at the airport while they are paid for just six or seven hours. Employees are guaranteed just 60 hours a month of work, with no weekly guarantee. Aerocare employees are paid reduced penalty rates at weekends, for night work and over-time.

Aerocare rushed a vote out on a new substandard enterprise agreement over the Easter weekend which lacked transparency and involved intimidation of staff. The agreement will see staff pay effectively being cut – with a one-off 5% pay increase over four years, which will be below inflation. The agreement will continue to give staff a guarantee of no more than 60 hours a month, with no weekly guarantee. This puts a couple with two children over $2000 below the poverty line*.

Another former worker at Aerocare said the company had also put passenger health at risk by using the same staff member to clear toilet waste and then, just hours later, refill drinking water on planes.

Last month 7.30 exposed claims of poor conditions for employees of the Australian company Aerocare, which provides essential ground services to airlines. Aerocare denied the claims. Now there are new claims that employee fatigue is leading to accidents.

With 60 hours guaranteed a month Aerocare workers earn between $1200 and $1400 a month, depending on their classification. The monthly poverty line is $1704 for a single person and $3580 for a couple with two children, according to Poverty in Australia Report 2016, by the Australian Council of Social Services, in collaboration with the Social Policy Research Centre at UNSW.

PHOTO: Aerocare rejects the claim that it runs an unsafe operation. (Supplied: Aerocare.com.au)A former Aerocare worker has told 7.30 that a baggage handling supervisor was accidentally locked in the cargo hold of a plane about to take off from Brisbane airport — but it never reported the incident to safety authorities.
It is one of a number of claims by current and ex-workers of the airport handling contractor which raise serious safety concerns about Aerocare’s operations.
Another former worker at Aerocare said the company had also put passenger health at risk by using the same staff member to clear toilet waste and then, just hours later, refill drinking water on planes.
‘We heard banging on the door’

PHOTO: Paul Ovetchkine, says Aerocare didn’t report an incident. (ABC News)
On November 23, 2014 a Virgin 737 was in the final stages of preparation for take-off.
“It was an international flight, all the bags were loaded and we were doing the final check of the plane to make sure there was no damage, and just following standard procedures,” Paul Ovetchkine told 7.30.
He was a member of the Aerocare team on the tarmac at the time.
“On my walk-around I found a door opened that was closed before,” he said.
“I had a look inside and I couldn’t see anything in there, so I closed it up.”
What he didn’t realise was that when he “closed it up” his supervisor was still inside the cargo hold.
The supervisor “rushed” to the door and “called out” for help.
Mr Ovetchkine said he heard the cries from inside the plane and realised what he’d done.
“We heard banging on the door,” he said.
“Once we opened up, he climbed out.”
Mr Ovetchkine believes unreasonable company expectations and deadlines contributed to his safety error.
“Obviously it was a mistake — it’s always quite a rush to get the plane out on time, we always have to follow certain timelines to get it out.
“I was just super apologetic.”
The incident was not reported

PHOTO: An Aerocare baggage handler was accidently locked in the hold of a Virgin aircraft in November 2014. (ABC News: Giulio Saggin, file photo)An internal Aerocare record of the incident shows company representatives spoke to Mr Ovetchkine “about the dangers of the situation” and the “need to be very careful when closing up an aircraft”.
But when it came to reporting the incident, Mr Ovetchkine said he was told not to worry about writing an incident report himself and that the report would be handled by the company.
“It is usually, definitely, the procedure to fill out an incident report but at that time it wasn’t up to me,” Mr Ovetchkine said.
Aerocare and Virgin Airlines said they investigated the matter internally.
They found the supervisor was momentarily locked inside the hold but claim he got himself out and was not banging on the door.

They say the plane would not have taken off until the missing supervisor was found. They concluded the worker in the cargo hold of the 737 was not a safety matter that needed to be reported to the Australian Transport Safety Bureau.

Ron Bartsch is the former head of regulatory compliance and safety for Qantas and the former air transport manager for the Civil Aviation Safety Authority.
He strongly disagrees with the conclusion drawn by Aerocare and Virgin and believes the failure to report the incident to authorities is cause for further investigation.
“That is a very serious incident and something which would be reportable to the relevant authorities,” he said.
“The non-reporting of a reportable incident is a very serious situation.”
Same person handled water and waste

PHOTO: Jason Pugh claims Aerocare “cuts corners” all the time. (Supplied: Jason Pugh)
Jason Pugh described the day he quit working for Aerocare in August last year as “a moment of inspiration”.
That day he had an minor accident driving a truck at work — one he acknowledges was his fault.
But it was the tipping point for his decision to walk away from a company he claims “cut corners” all the time, even if it risked the safety of passengers.
Mr Pugh cited Aerocare’s handling of water and waste by the company.
“Water and waste has to be done by separate people, for obvious reasons,” he told 7.30.
“The person filling the water can’t obviously drain the waste.”
If they did, passenger drinking-water would risk faecal contamination.
“Aerocare, however, was having the same person doing that for two years,” Mr Pugh said.
He claimed the safety breach was regularly covered up in the paper work.
“Every flight that we did has a flight folder, which was a bunch of paperwork which went to the airline, the airport and Aerocare, for all of them to keep records,” he said.
“And I would say about 50 per cent of them were doctored.
“They would write one person for waste, and then they would make up somebody else on the shift and say that they did the water.”

PHOTO: Jason Pugh’s Aerocare roster with same day waste and water shifts highlighted. (Supplied: Jason Pugh)
Mr Pugh’s roster shows that he was asked to drain a plane’s sewage in the morning and service the passenger drinking water in the afternoon.
“I was asked numerous times to do the water and waste,” he said.
‘The whole industry will get more dangerous’
Video: Former Aerocare staff talk about their experience working at the company (ABC News)
Aerocare initially agreed and then declined to do an interview with 7.30.
But in a statement it rejected the claims that it runs an unsafe operation.
It said its safety record was impeccable, with no safety breaches issued by any regulatory agency in 25 years.
It added that it had the highest global safety accreditation, had won numerous safety awards and passed 180 audits last year, all whilst maintaining a “low cost mindset”.
Mr Pugh said CASA audits were of little concern to Aerocare.
“CASA is a joke,” he said.
“There was at least 24-hours’ notice that CASA was going to be on site.
“Aerocare would then pull in twice as many people on shift and they would call in every single supervisor.
“That is why they passed the CASA audits — because they know CASA’s coming.”
Aerocare also denied it was gaming the audit process but said it did, on occasions, roster extra staff to ensure the efficient conduct of audits.
Earlier this week, 83 per cent of Aerocare workers voted to accept a new enterprise bargaining agreement put forward by the company.
Under the new agreement, Aerocare has increased the minimum shift from three hours to four hours, with split shifts being optional.
In a statement the company said, “this is a strong endorsement of the improved wage conditions and other benefits we are offering”.
However, the Transport Workers Union criticised the vote, held over the Easter long weekend, saying it “lacked transparency and was held in a climate of intimidation and fear”.
Mr Pugh believes the pay and conditions put forward by the company set a dangerous precedent for workers and the flying public.
“The whole industry … will get a lot more dangerous if Aerocare can get away with this sort of stuff, because other companies want to start doing the same thing,” he said.
“If the general safety of attitude of Aerocare spreads across the industry, then it’s highly likely an aircraft will go down one day because of it.”
TWU DEMANDS ACTION AS FIGURES REVEAL 40-PER-CENT OF WORKPLACE DEATHS IN 2017 HAVE BEEN TRANSPORT WORKERS
MAY DAY 2017 – TRADES HALL