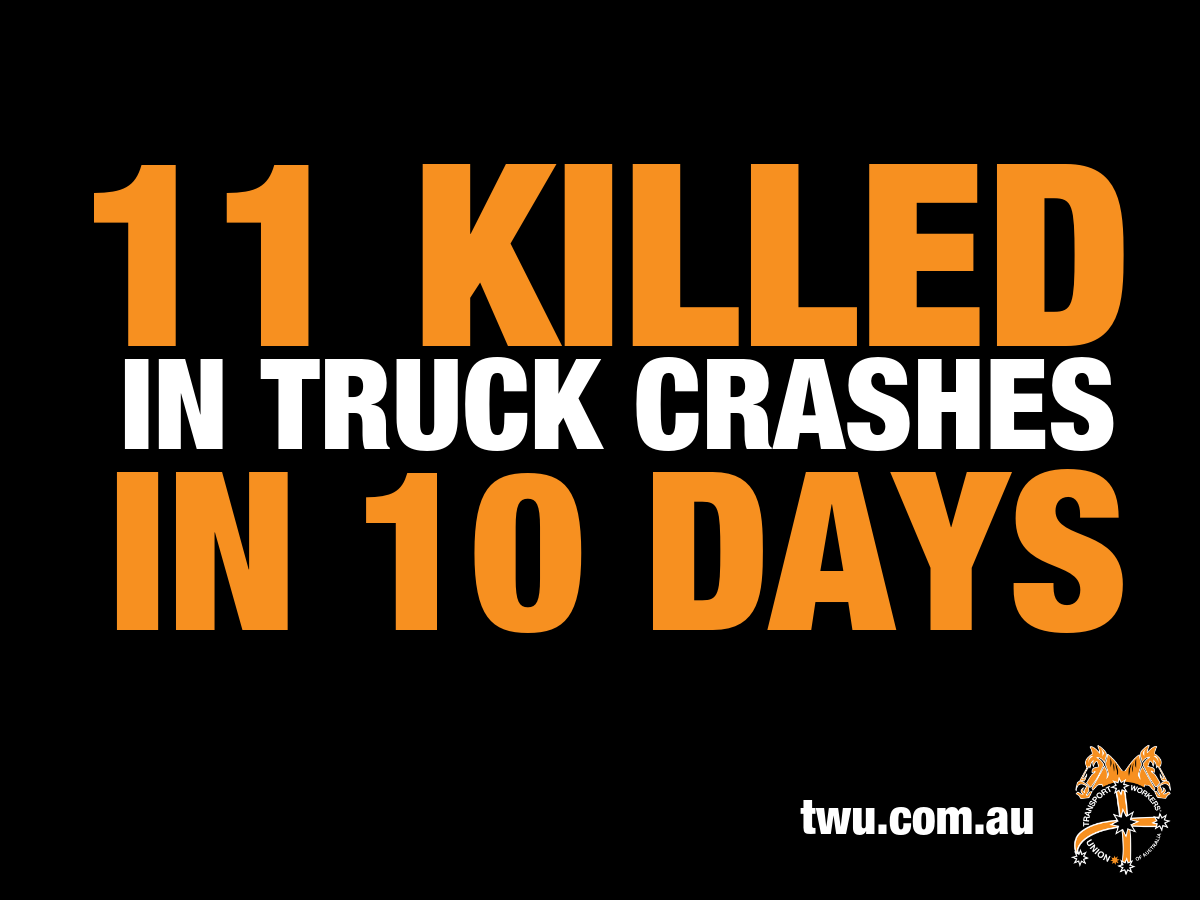 The TWU has slammed the Federal Government for refusing to address the problems in trucking, which has seen 12 people killed in just 11 days in truck crashes.

The latest death occurred today when a cyclist was killed after being hit by a truck in Newcastle. Five people have been killed in Queensland, three in NSW, three in Victoria and one in WA. Five truck drivers are among the dead.

Truck drivers will hold a convoy in all major capitals on March 31st to protest about the high number of deaths and lack of Government response.

“It is almost three years since the Federal Government tore down a road safety watchdog which was investigating risks to safety in trucking. Since then 523 people have lost their lives in the most horrific and violent way. Families and communities have been left devastated. We think of them every day and we mourn the fact that many died in preventable crashes. The watchdog was examining the pressure on truck drivers to speed, work long hours and skip breaks and it was examining ways to combat the risks. The Federal Government refuses to even acknowledge the dead let alone admit that it got it wrong,” said TWU National Secretary Michael Kaine.

“There is a positive move happening to address the problems in transport: the transport industry is coming together to work out a solution. Just yesterday the various industry bodies met in Canberra to discuss the best way to move forward and implement a system to ensure safety is the number one priority. This will involve holding wealthy companies at the top to account over low cost contracts which put financial pressure on transport operators to cut corners in safety. It will involve binding federal regulation to ensure fairness and safety,” Kaine added.

Since the watchdog was torn down in April 2016: