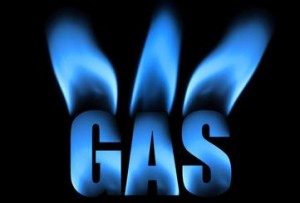 Comdain members have been denied the full remuneration increase from July 1, yet again!

This was due to members failing to meet, as we have been advised, the Attendance Target which has been in the various Comdain Enterprise Agreements for many years but was maybe looked at differently in days gone by.

I don’t believe that Comdain management, in the past, used to include long-term illnesses and/or long-term recovery from personal injury in the calculations.

The Attendance Target is set at 98%.

This means if an individual has taken over five days (or 39.52hrs) of personal leave per annum they do not meet the target.

The road to recovery from serious illness or injury is hard enough without having the concern that your absences are impacting on your workmates.

We have had several conversations with Comdain management concerning this issue and they have told us they are prepared to look at the Attendance Target in the next round of Enterprise Agreement negotiations to something that is “achievable”.

They have also pre-empted that they want to look at “unlimited” personal leave and, in doing that, reduce their exposure. Read into that what you may.

The Single Bargaining Unit (SBU) last met at Clayton on 16 August and we are scheduled to meet again on 15 November. Prior to that meeting, members should have been through some form of assessment with Comdain management that hopefully results in some upward movement through the Classification Bands contained in the EA.

Your SBU representatives have questioned why (as we have been advised) there has been no movement through the bands for some time. The Band structure is probably something to look at when we develop our Log of Claims?

BTW: By all accounts the Comdain acquisition of the larger area went through without a hitch with a new site/depot being established and becoming operational in Ringwood.

Casual readers would have noticed this mentioned in several previous editions of the journal and those members involved would know a Log of Claims was endorsed by members back in February 2016.

Over 600 days and counting, just like the never-ending story!

We have continually met Downer during that time to negotiate an outcome without, frustratingly, much movement on Downer’s end.

That was until members endorsed a Protected Action Ballot and achieved a credible 87.5% return of ballot in support of taking Protected Industrial Action. Well done one and all.

The sticking points over the course of negotiations have been the wage/allowance offer being well below what is acceptable and a continued push by Downer to implement an Income Protection Policy to replace the up to 49 weeks Personal Leave currently available. This seems to be a common theme within the Industry?

I can recall working in the Industry shortly after privatisation in the mid-90s and having an entitlement to unlimited Personal Leave.

We then progressed to Income Protection Policies that afforded 104 weeks coverage at average pay.

However, when the planes hit the twin towers in New York in 2001 we saw all insurance premiums go through the roof and so we went back to Unlimited Personal Leave, even though it was “conditional” (depending on the employer). Now here we are again with Income Protection Policies being the company preferred option.

Getting back to Downer, management are going to do a road show about where they are currently at. From an EA negotiation meeting on 11 September we understand the company are considering going to an Incolink Accident and Illness Policy widely used in the construction industry.

The road show commenced on Wednesday, 13 September at Derrimut and we are due, as the EA negotiating Committee, to meet with management on 26 September. Hopefully, Downer management will provide our members all relevant information so they are able to make an informed decision.

In conclusion, Downer Delegate Allan Elder has now retired. Thanks to Allan for his valued contribution as Site Delegate and Enterprise Agreement Committee member.