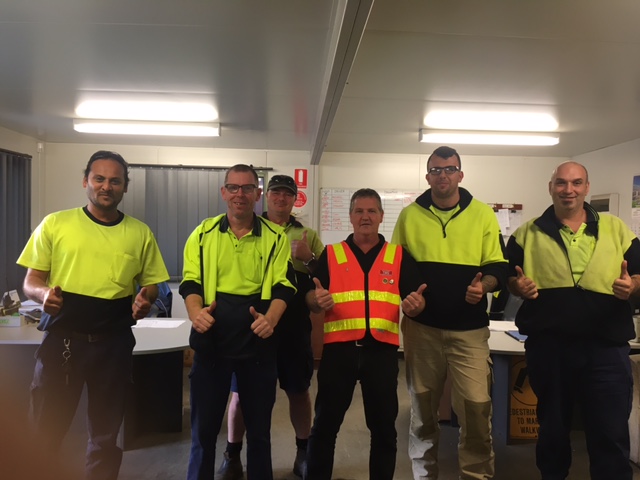 BROOKLYN-BASED Chalmers Transport members have reached an in-principle enterprise agreement with the company.

Under the new arrangements, members will receive a collective 10-per-cent wage increase over the next three years, eight months back-pay commensurate with the length of negotiations and income protection insurance to be paid by the company.

TWU organiser Wayne Commerford said the agreement was hammered out over three meetings with the company. He happily reports that the company eventually accepted all the demands members had made in their Log of Claims.

“The workers were united in their quest for a strong deal and Chalmers Transport is one of those yards where the members and managers have a strong mutual respect for one another, so this also made negotiations a reasonably pleasurable experience,” Wayne said.

“The company basically said that the guys do a good job, that they were travelling well as a company and they were happy to agree to what was being asked by their employees.”