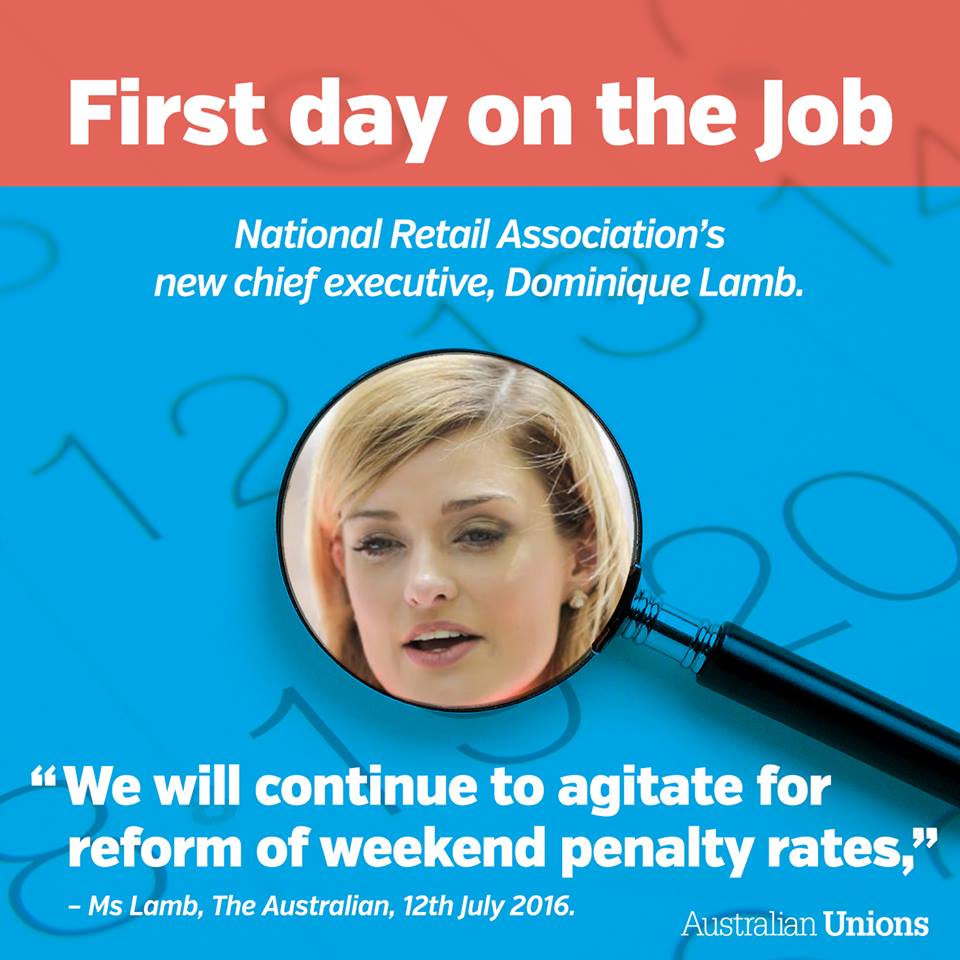 The assault on penalty rates continues

The campaign is being rolled-out despite 97-per-cent of Australians overwhelmingly supporting workers being paid penalty rates, according to Galaxy Research, when they have to give up their weekends, nights and public holidays to work unsociable shifts.

TWU (Vic/Tas Branch) Secretary John Berger said that slashing penalty rates would be a crippling blow for people who work these hours.

“The TWU and the union movement in general fought hard to have penalty rates introduced into the modern award system and we will continue fighting to protect what we have,” John said.

“Cutting penalty rates has more to do with saving money for business by cutting pay packets, than creating jobs.”

According to The Australian newspaper, Ms Lamb said lower penalty rates and less restrictive retail trading hours remained top NRA priorities as “any reduction in penalty rates would assist our members to be able to employ more workers.”

Ms Lamb said “(the NRA) will continue to agitate for reform of weekend penalty rates”.

She continued to say the NRA reform agenda, which represents retailers including Coles and Woolworths, centres on having penalty rates reduced.

This would include, according to Ms Lamb, winding-back Sunday penalty rates from double time to the time and a half rates paid for Saturday work.

Employer groups have also long-cited undue pressure on business as a key reason to abolish penalty rates. However, a giant hole in the employer argument is that any drop in penalty rates will see many of the country’s lowest paid workers with less disposable income.