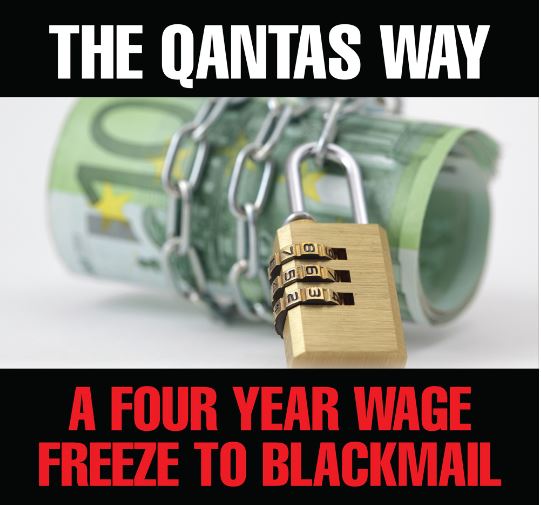 The ACTU this morning lodged a legal challenge to Qantas’ sham bonus scheme.
Last August, Qantas posted a $1.6 billion record profit and announced workers’ bonuses. What it did not reveal publicly was that it would underhandedly link bonuses to workers signing a new company-endorsed EA!
Under this plan, some bonuses would not be paid for several years and staff who leave or are made redundant during that time will be denied the bonus entirely – even those who endured pay freezes to help Qantas lift its financial performance.
Workers not on EA’s – mainly management staff – were immediately given the bonus.
The ACTU is challenging the company’s decision, on behalf of seven unions, on the grounds it discriminates against workers covered by agreements.

QANTAS SENDS WRONG MESSAGE TO WORKERS
FEAST FOR GOOD WILL