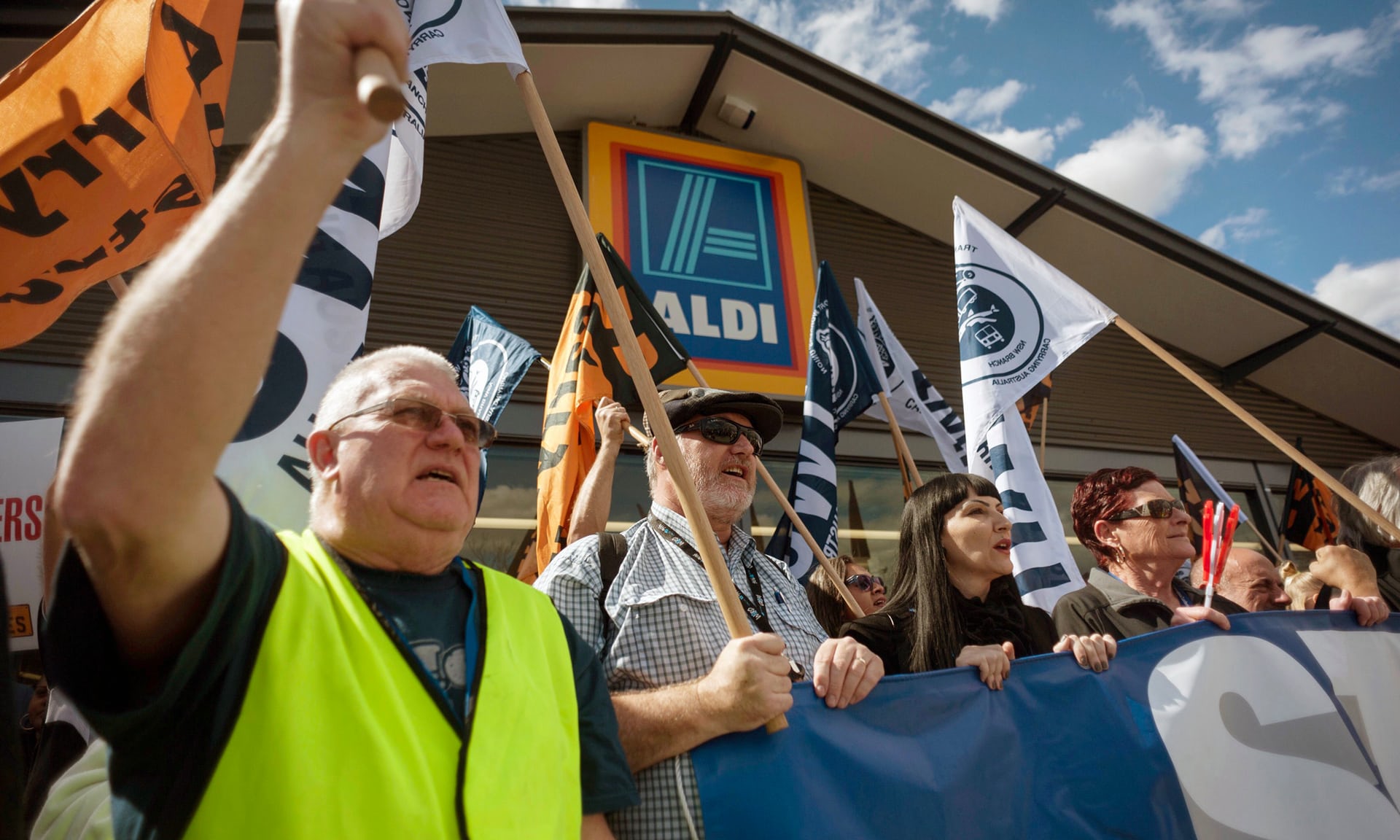 The TWU has accused Aldi of attacking free speech by pursing a Federal Court case to stop truck drivers from protesting over its unsafe practices and to restrict the union from publishing information on the rates and conditions of any transport workers in its supply chain.

Aldi told the Federal Court today it wanted to pursue the case, despite being turned down for an injunction last week.

“Aldi is trying to use bullying tactics to silence truck drivers and their supporters in highlighting the problems with safety in the Aldi supply chain. But drivers will not give up. They have the right to demand safe workplaces, safe roads and fair conditions. Wealthy retailers must take responsibility for their low cost transport contracts which see truck drivers under pressure to cut safety corners by driving long hours, speeding and skipping their mandatory rest breaks. This pressure is literally killing people on our roads,” said TWU National Secretary Tony Sheldon.

Aldi last Wednesday sought a court injunction following a peaceful protest of 100 truck drivers and supporters in Adelaide. The court in turning the wealthy retailer down said the action was a trade union’s “core functions” and acknowledged it was part of the TWU’s push for better conditions for truck drivers following the Federal Government’s abolition of an independent tribunal investigating safety and pay in trucking. A protest of 500 truck drivers and supporters was held last Thursday at an Aldi store in Mt Druitt, Sydney.

“This is about being able to stand up and speak out for fairness and safety. Truck crash fatalities are increasing as are the number of truck drivers being killed. Aldi has got to take responsibility for the role it plays. The Federal Government must also shoulder the blame: it tore down an independent tribunal last year which was holding wealthy retailers like Aldi to account for safety in transport. The Government’s own report showed the tribunal was cutting truck crash deaths by 28%*,” Sheldon added.
Fatal crashes involving articulated trucks has increased by over 7% this year, according to the Bureau of Infrastructure, Transport and Regional Economics. Safe work Australia data shows that 40% of all workplace deaths involved transport workers. This is up from one in three transport workers last year and one in four in 2015.

Truck driver Frank Black who attended the Adelaide protest said drivers felt they had no choice but to publicly highlight problems in Aldi’s supply chain. “What have Aldi got to hide? They need to stop trying to silence drivers and come to the table and talk about safety,” he said.

This is how the situation was reported by The Guardian Australia.