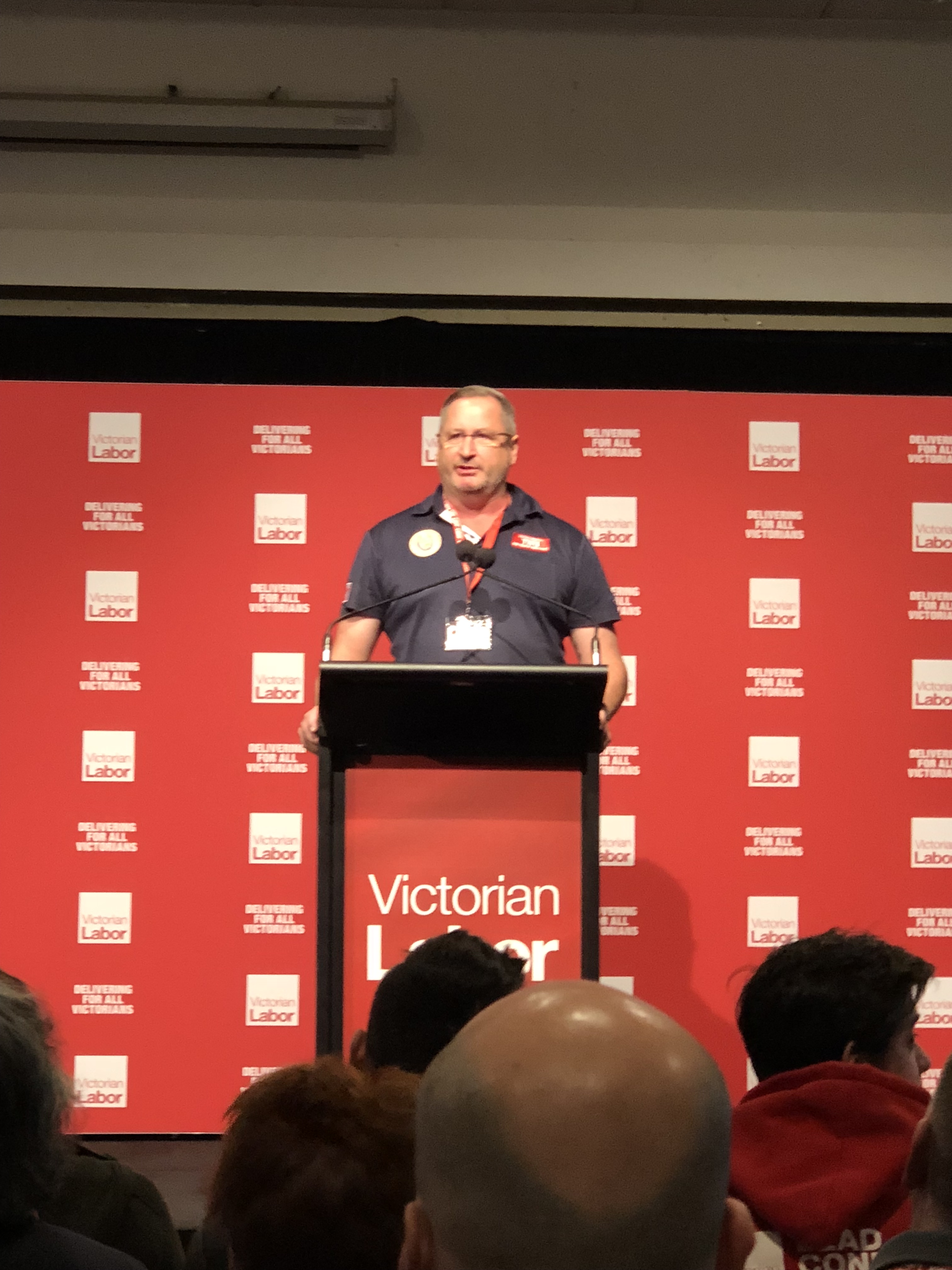 ENOUGH IS ENOUGH: No worker should suffer occupational violence at work

In the past two years there have been 150 callous and senseless attacks on public transport workers by members of the public.

This is one reason why the TWU (VIC/TAS Branch), RTBU Victoria and Ambulance Employees Australia have joined forces in calling for an extension of new Victorian Government mandatory sentencing rules to people who assault transport workers.

The TWU and RTBU also tabled a joint motion (below) calling for the changes at last weekend’s ALP State Conference.

John said members are sick and tired of random attacks by aggressive passengers and Union concerns for member and commuter safety is rising with the escalating number and nature of assaults.

The call follows another appalling attack on a driver who was abused and robbed last week on the Mornington Peninsula.

“There is no other profession in Australia where being spat on, used as a punching bag, knocked unconscious, having a knife held to the throat or enduring a verbal onslaught is shrugged off as an occupational hazard,” John said.

“These workers perform an important community service and are trusted to ensure passengers, it is shameful that, in doing their job, drivers are currently fully-exposed, alone and susceptible. This is a critical situation and it is beyond time for this to change.”

THE MOTION AS DELIVERED TO THE VICTORIAN ALP STATE CONFERENCE:

Customer service workers across our public transport network do an important job ensuring passengers can easily use the system, offer any support necessary and help manage disruptions to keep the network moving.

Recent years have seen a spike in abuse towards front line public transport workers. In the past two years alone over 150 incidents have been reported leaving customer service staff feeling more vulnerable than ever. Whether it be verbal, physical or psychological abuse, no worker deserves to be subjected to such pressure in the workplace.

Following failures of employers to address these matters within their organisations Victoria must take action to protect these vulnerable employees in their public workplace in order to not only support the safety and amenity of our public transport network, but also ensure that public workplaces are safe workplaces.

Like their public transport counterparts, emergency service workers provide a vital service to their community. No Victorian should be expected to experience occupational violence in the performance of their work. It is unacceptable and not in line with community expectations that two offenders who have prematurely ended the career of a distinguished paramedic have been able to receive non-custodial sentences despite mandatory sentencing provisions in the applicable legislation.  Assaults of emergency and public transport workers are inexcusable and legislation needs to be reformed to ensure mandatory sentences are in fact non-negotiable.

Noting the growing impact and danger imposed by assaults on front line staff across the Victorian community for both our emergency service and public transport sectors this Conference calls on the Victorian government to legislate tougher protections and fund a public awareness campaign to support front line public transport and emergency service workers. Safety at work must be the number one priority, and this matter is of urgent importance.