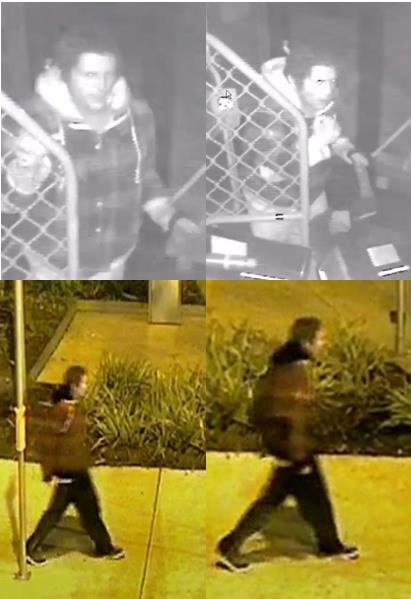 Transit Crime Investigation Unit detectives have released CCTV and images in relation to an unprovoked attack on a TWU member bus driver in Eltham last month.

Police have been told the bus driver, Lucy, was driving along Main Rd, Eltham when she was repeatedly punched in the head by an unknown male passenger about 11.20pm on Wednesday 12 October.

It is believed the male passenger boarded the bus outside a Doncaster shopping centre on Doncaster Road, and travelled to Eltham.

The bus driver, who was unable to protect herself, stopped the bus and asked the man to get off.

The man refused and insisted the driver continue to Eltham Railway Station.

The driver continued to Eltham Railway Station where the man fled on foot.

The bus driver was treated at the scene but was not required to attend hospital.

Investigators believe the same man was also involved in another assault outside the shopping centre just prior to boarding the bus; however this has not been reported to police.

Detectives have released CCTV of a man they believe may be able to assist with their enquiries.

Anyone with any information is urged to contact Crime Stoppers on 1800 333 000 or submit a confidential crime report to www.crimestoppersvic.com.au