The tragic death of Brisbane bus driver Manmeet Sharma will be marked by a National Day of Respect for Public Transport Workers, to be held next Wednesday 9 November 2016.

Join the RTBU and the TWU for the National Day of Respect at 11am on Wednesday 9 November to be held in Melbourne at the Eight Hour Day Monument on Russell St.

The RTBU and TWU have asked commuters to honour the Day of Respect through the simple act of saying “thank you” to bus drivers, tram drivers, taxi drivers and other public transport workers. 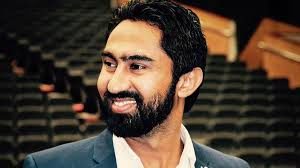 “All public transport workers across the country have been affected by this tragic event, and have thought ‘that could happen to me’.

“No-one should go to work, or catch public transport, worried that they could be abused, spat on, or attacked.

“Enough is enough, and as a community we must ensure Manmeet’s death is not in vain.  We must make public transport safer and more respectful for everyone.

“Even the simple act of saying thank you to your driver can make a difference, and will be appreciated.”

“Manmeet Sharma was a popular and widely respected young man in the Queensland transport industry, who had worked as a bus driver and a taxi driver.

“He was also a much-loved member of his local community.

“Next Wednesday will be a day for all Australians to reflect on Manmeet’s short but beautiful life, and also to reflect on the role all transport workers play in moving people around our cities and towns.”