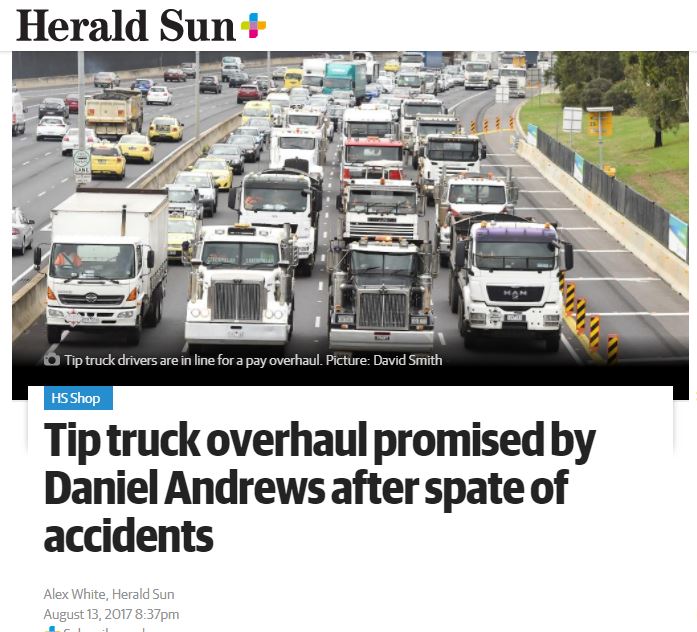 The move promises to put an end to dodgy plant hirers exploiting vulnerable owner drivers on the pay-by-the-load system. MAKE NO MISTAKE – THIS IS A BIG WIN FOR THE TWU

This is how The Herald-Sun reported the news:

Transport Workers Union delegates were told the Andrews Government would overhaul the current pay system on major projects such as the level-crossing removal project and Tulla widening.

“We don’t apologise for supporting hard working truck drivers, who are working their guts out helping deliver our multi-billion dollar infrastructure projects,’’ he said.

“Minimum rates will mean drivers won’t have to drive long hours with huge loads just to make ends meet — boosting safety on worksites and on our roads.”

It comes after at least five fatalities and dozens of accidents involving tippers in the past 18 months.

The TWU has publicly warned authorities about the increasing risks and vowed a change in pay would help stamp out unsafe driving practices among drivers rushing on the job.

“Tipper drivers currently work without certainty regarding income, conditions and hours and are vulnerable to exploitation,” he said.

“They struggle to make truck repayments, maintain the vehicle, feed the family and put the kids through school and — out of desperation — make the decision to break road rules to get the next load.”

The most recent accident on record involved a fully-loaded tip truck which smashed into a packed tram in Parkville that resulted in 14 people being hospitalised.

The cause of the accident is still under dispute. 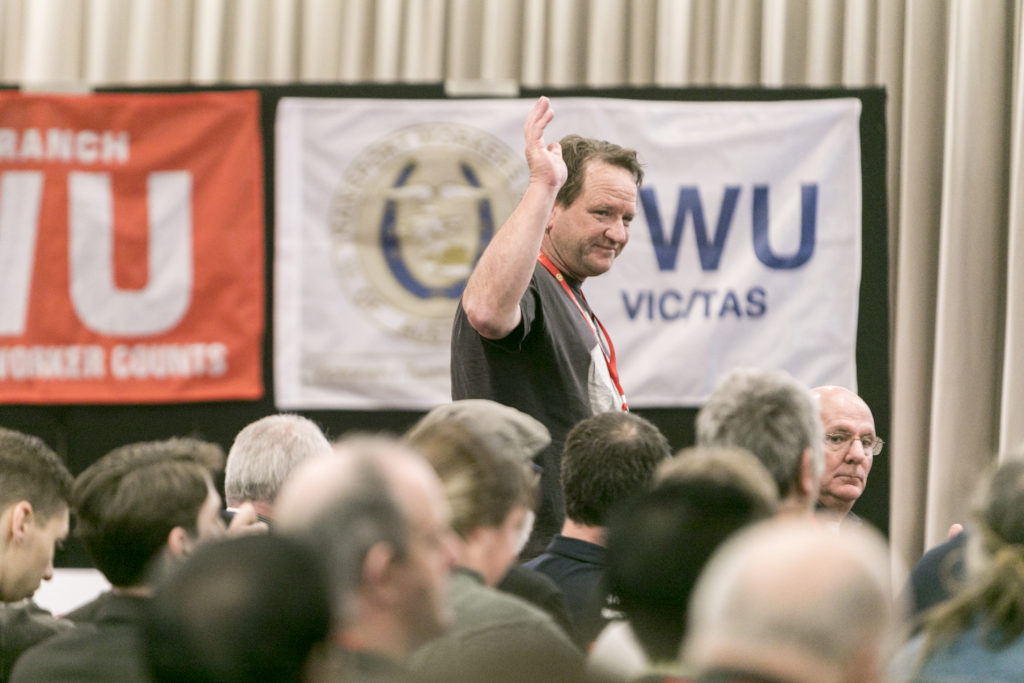