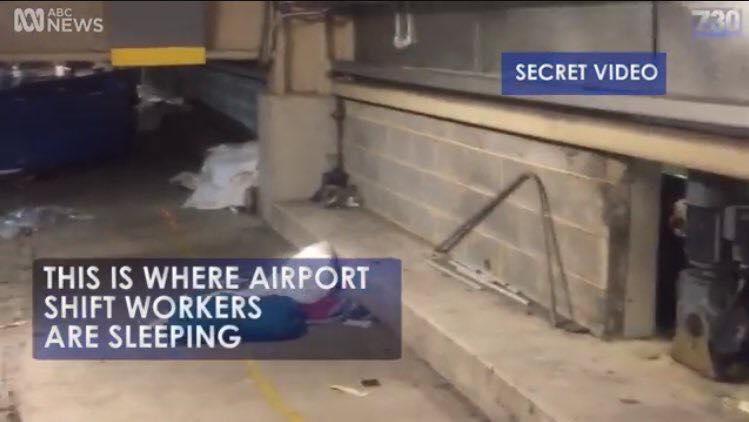 Disgusted by conditions at Australian Airports aired by the ABC? Support workers by signing this petition

Aerocare is just one of the many companies that operate in Australia’s airports contracted by all of the major airlines.

Aerocare wages are so low that some workers are living below the poverty line.

The aviation service provider guarantees its workforce just 60 hours per month, with no weekly base, and pays below the award for weekend, overtime and night work. It also does not pay allowances provided for in the aviation award.

Some split-shift workers are forced to endure at least 14 hours a day at the airport while being paid for as few as six hours. Naps are taken on a bed of concrete and a stale old pillow beside an operating baggage carousel because workers cannot afford to return home between shifts.

We could not make this stuff up. Footage of the squalid Third World makeshift beds, obtained by the TWU, has caused an instant public reaction after being exposed on ABC-TV 7.30 on 20 March. So it is no surprise that workers at the formally non-unionised yard came to the TWU – the aviation industry Union of choice – to assist in their battle for better standards and conditions.

“Recently at Tullamarine Airport, Qantas TWU-members came together in solidarity for Aerocare workers. It is great to know the membership have each others backs, because we are stronger together,” he said.

The TWU is also demanding that airports and airlines be held accountable for the appalling conditions suffered by Aerocare workers.

TWU National Secretary Tony Sheldon said the reality of work behind the shiny facade of our airports would shock many Australians.

“Workers are terrified of raising concerns because the bosses are standing over them and warning them against complaints. This is being allowed to happen because airports and airlines are outsourcing work to low cost companies and not giving a damn about the workers in their supply chains that it affects,” he said.

Aerocare employs up to 3,000 staff nationwide to provide airlines with on-ground and ramp workers, baggage handlers, aircraft-towing drivers, check-in and catering staff and cleaners. It has expanded by 300-per-cent since 2013 and posted a $13 million profit last year.

In the 7.30 Report, George Orsaris, who is employed as a driver, admitted he would often sleep in the squalid loading area between shifts.

‘It is barely enough time to sleep by the time you get home, get up and have to go to work again. So we end up sleeping under the terminal where all the baggage goes between.’

A Perth-based Aerocare employee told the program that the job’s main challenge was: ‘Working split shifts with 3 or more hours between shifts with no pay (and) starting work at 3am.’

“Employers are gaming the system in a similar way to how they avoid paying tax. The Government has utterly failed to protect working families and has left them to the ravages of corporate greed. We will fight for dignity and fairness for aviation workers,” Sheldon added.

For a full summary of Aerocare negotiations, visit http://www.twu.com.au/home/campaigns/home-campaigns-aero-care-/ 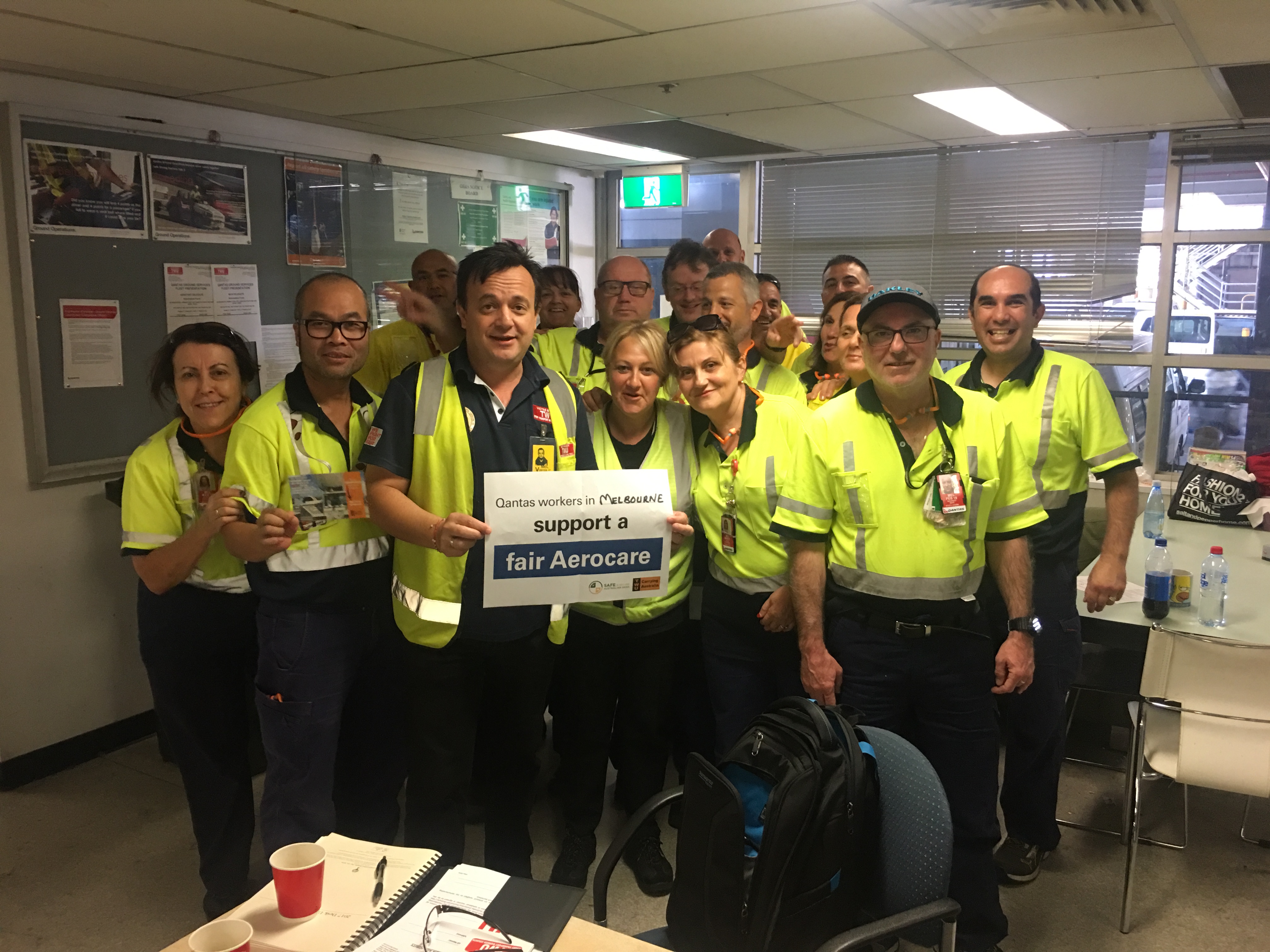 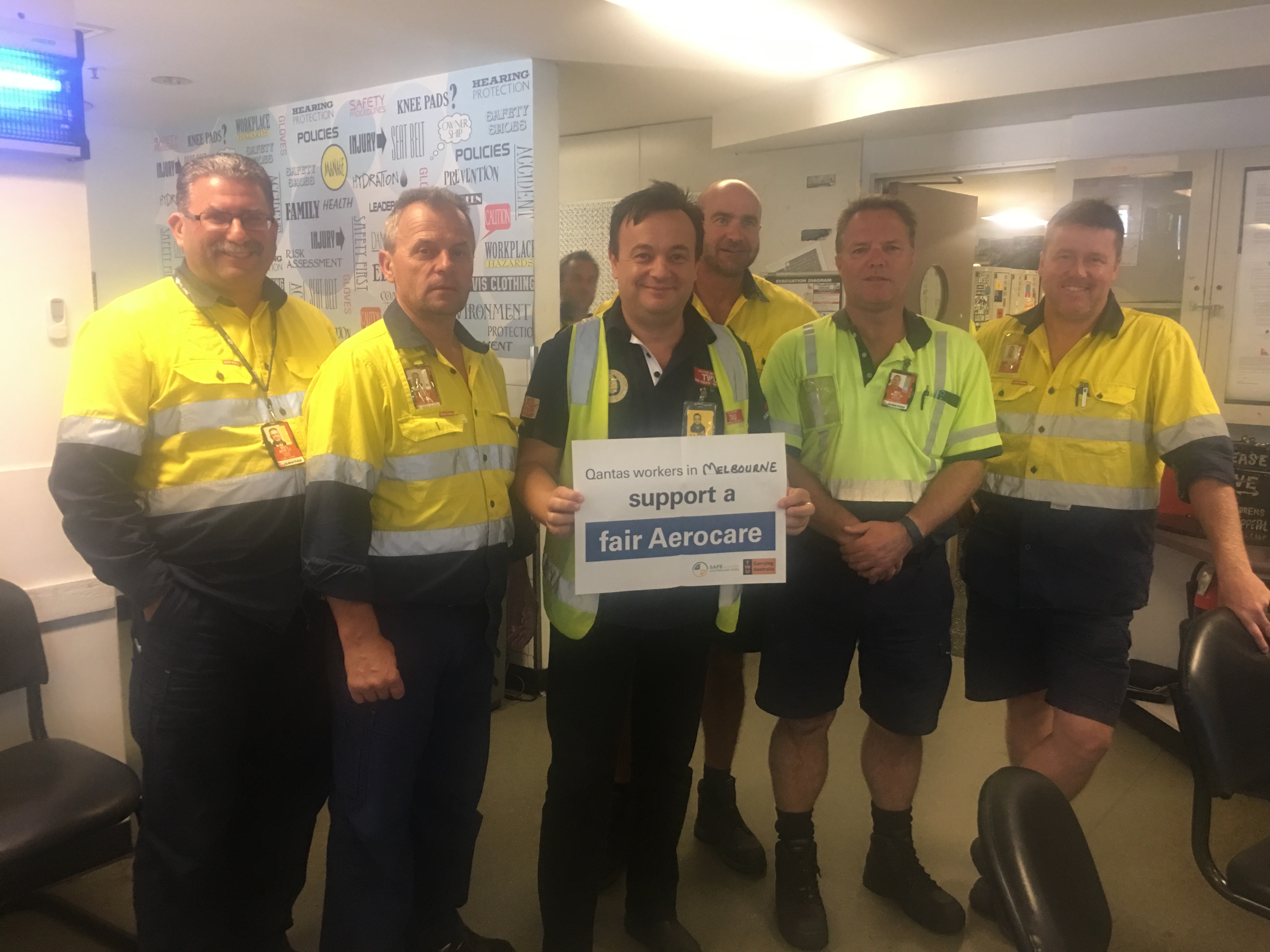