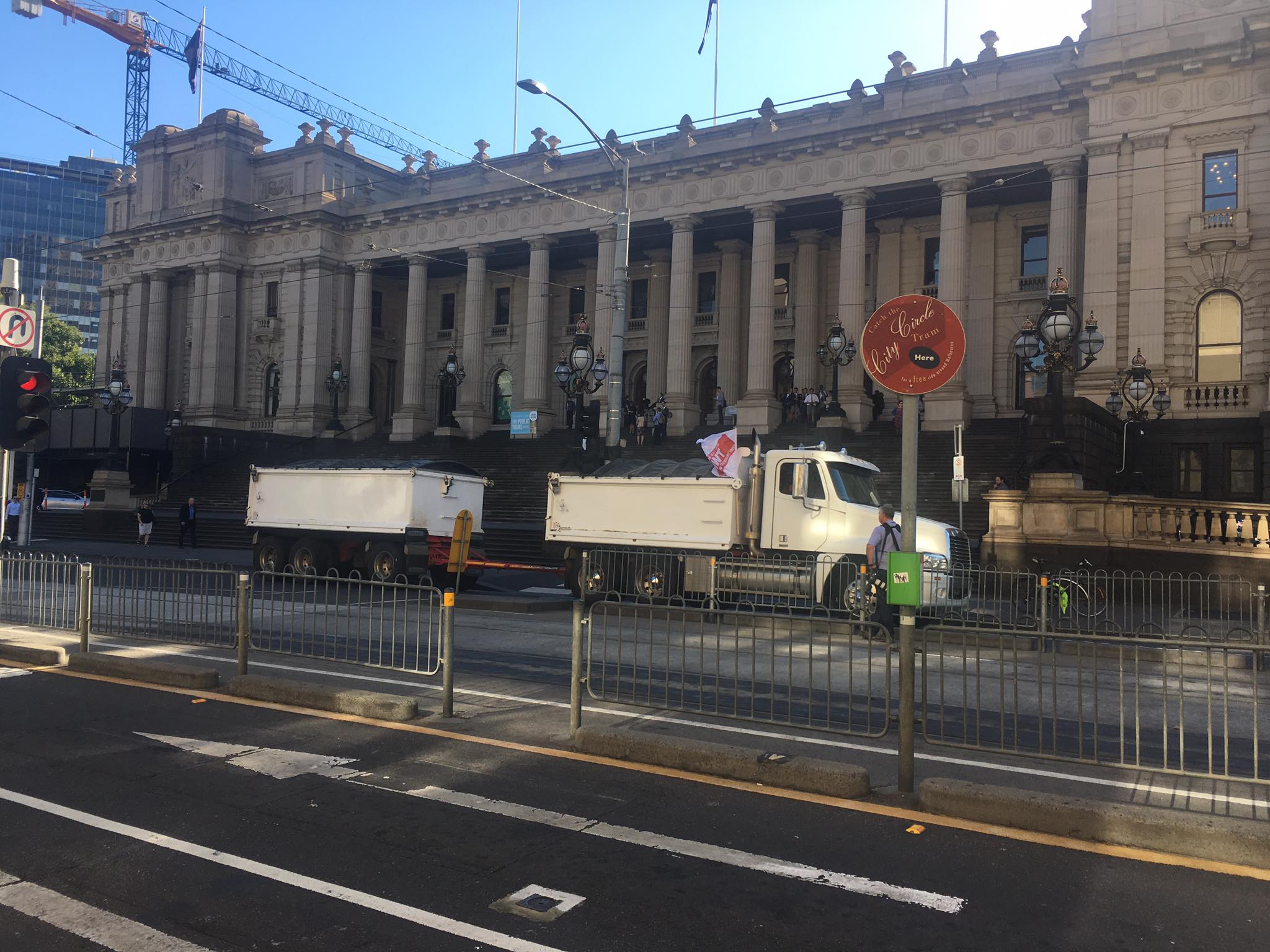 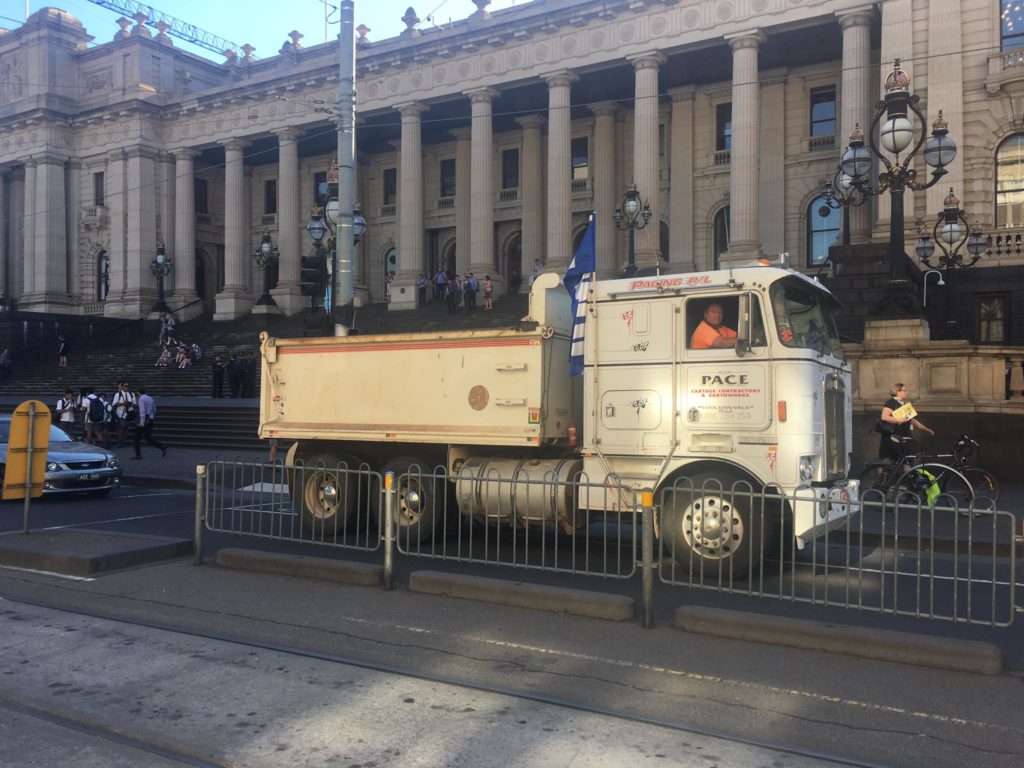 The horn-blaring protest was designed to drive the message home to Spring St politicians that safety-related issues will never be solved while all the pressure is heaped on the drivers at the bottom of the chain.

The cut-throat tip-truck industry overwhelmingly operates on an archaic pay-by-the-load system – instead of hourly rates – which are often under
parity and forces adverse conditions on drivers, such as significant unpaid waiting times and contracts that can be terminated without notice.

Over the past 18 months there have been at least five fatalities on Victorian roads, and dozens of single- and multi-vehicle accidents involving tippers, including a fully-loaded truck that smashed into a packed bus.

“Our members want to work without the stress of having to cut corners on safety and truck maintenance just to be able to feed their families and pay the bills,” Mr Berger said.

“It is particularly galling that honest and hard-working drivers are receiving dangerously low rates on the State Government Level Crossing Removal and Tullamarine Freeway Widening Projects. Members are protesting at State Parliament to drive this message home.”

The situation is set to worsen with works on dozens of level crossings yet to commence and the Western Distributor and Metro Tunnel projects still to get underway.

The TWU has called on the State Government to:

By adopting the TWU recommendations, the Government will, in effect, be introducing road safety measures.

Mr Berger said employees who drive for big fleets like LinFox and Toll are already covered under an award rate system while tip truck drivers remain unable to collectively bargain.

“We need this situation fixed immediately, not in a six months or a year. Now,” he said.

*To mitigate against any disruptions to the travelling public, drivers who took part in the protest assembled at muster points on the city fringe before making their way to Spring St. 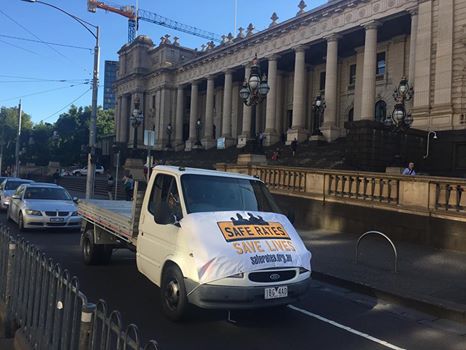 Thousands of Union Members March Through Melbourne: Warn the Turnbull Government that Enough is Enough.
Thanking a great Union man for a great job – Peter Harvey