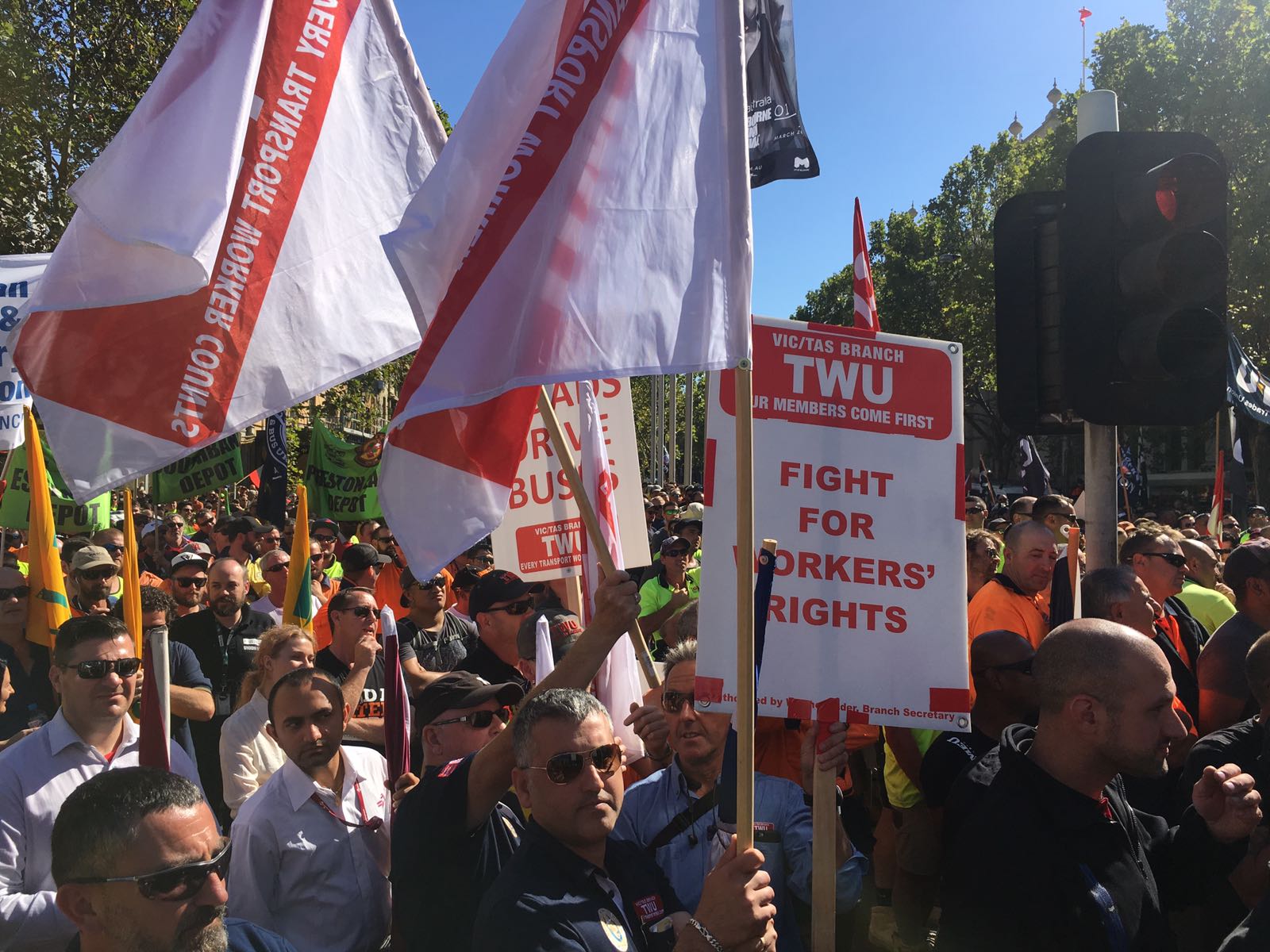 Thousands of Union Members March Through Melbourne: Warn the Turnbull Government that Enough is Enough.

Over 15,000 Union members yesterday marched in solidarity through the streets of Melbourne to tell the Turnbull Government that its war on workers has got to stop.

Transport workers were in heavy attendance to show that we will not be silenced or stop fighting.

TWU (Vic/Tas Branch) Secretary John Berger said the many, united voices at the march reflected a growing worry across the community about the direction in which the Federal Coalition is taking the country.

The TWU also joined the protest to highlight changes the Federal Government has brought in which have increased dangers for truck drivers and the travelling public. 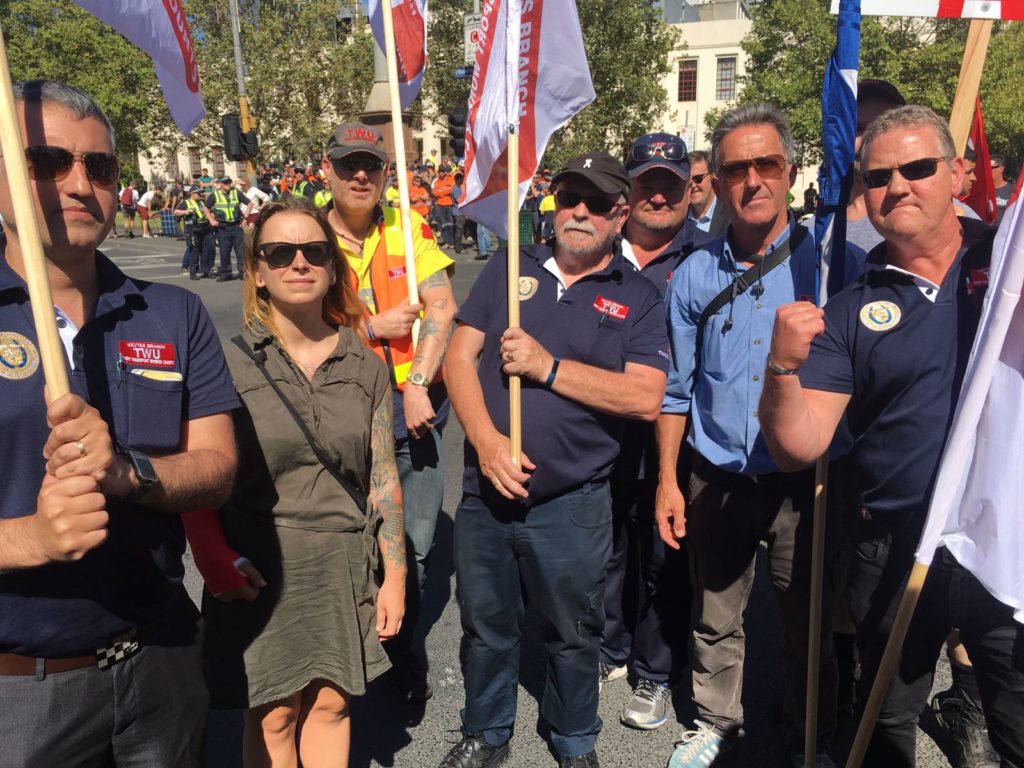 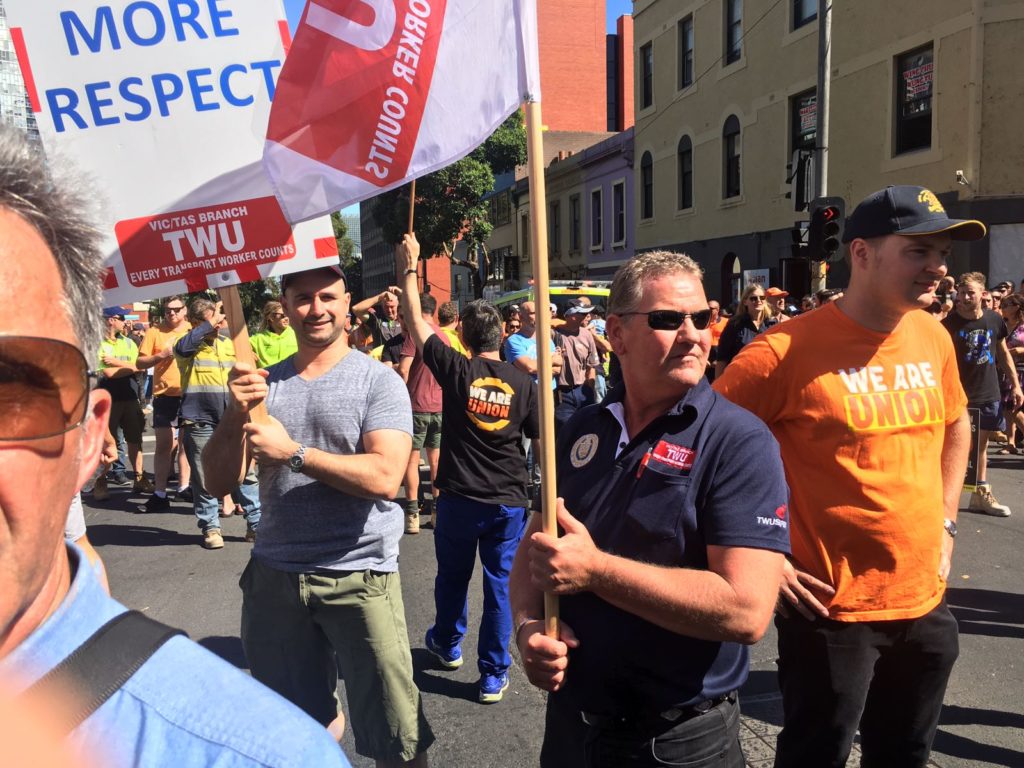 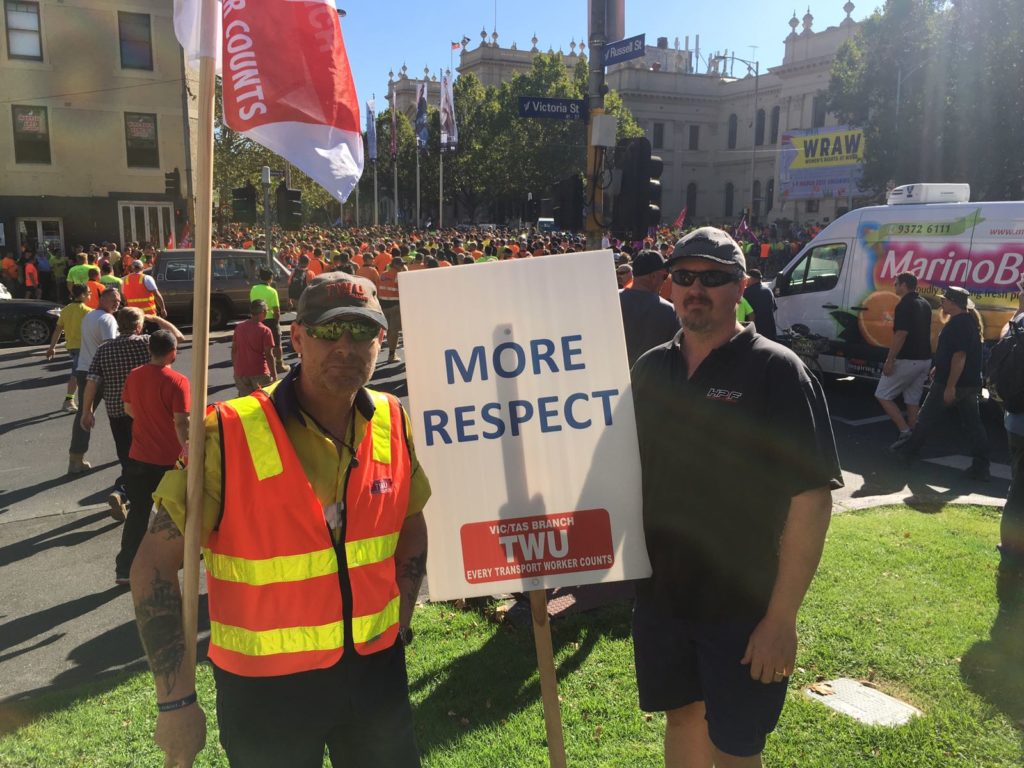 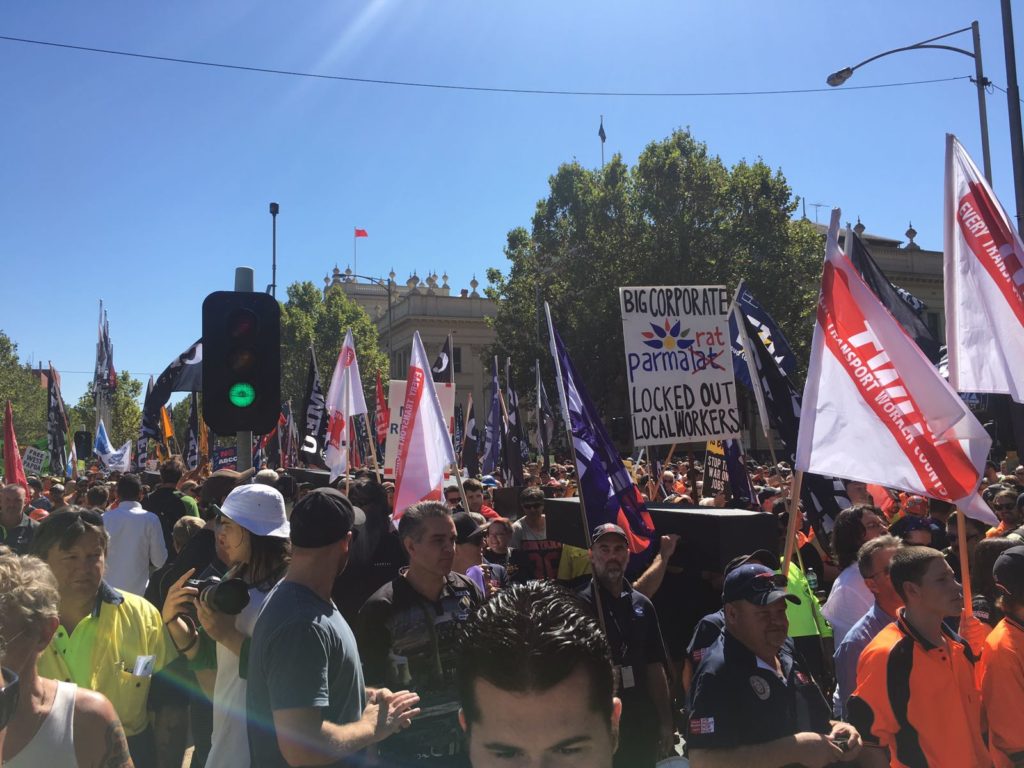 The Victorian Government has announced an inquiry into penalty rates cuts, as thousands of workers rallied against the changes in Melbourne. Last month, the Fair Work Commission announced Sunday and public holiday pay rates would be reduced for workers in the retail, hospitality, pharmacy and fast food industries.

Labor has vowed to do everything it can to block the changes, and unions have strongly opposed the cuts. Victorian Premier Daniel Andrews said a select committee would explore how the state can protect workers.

He said the Government would use the findings to lobby the Prime Minister to block the cuts.

“This parliamentary inquiry will allow us to gather together so many sad stories, so many stories of cruel cutbacks, that will have a really big impact in families right across our state.

Shortly after the announcement, thousands of union workers rallied in Melbourne to protest against the penalty rate cuts.

John said the great fear is that the penalty cuts would soon flow into other industries.

“People work long hours and most of those hours are made up of penalty rates, and they rely upon these rates to survive,” he said.

Construction companies wanting federal work will be banned from having enterprise agreements that require foreign workers to be retrenched ahead of Australian workers, under the Turnbull government’s new industry code. The Australian Building and Construction Commission yesterday released a list of clauses in current agreements that don’t comply with the new construction code. 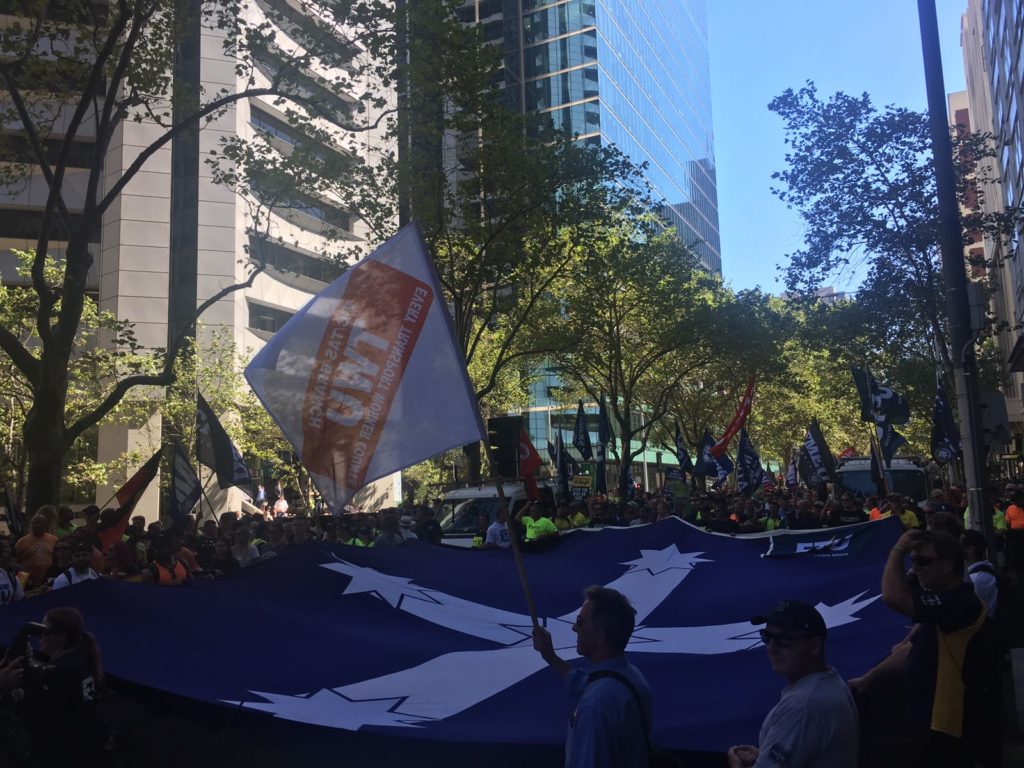 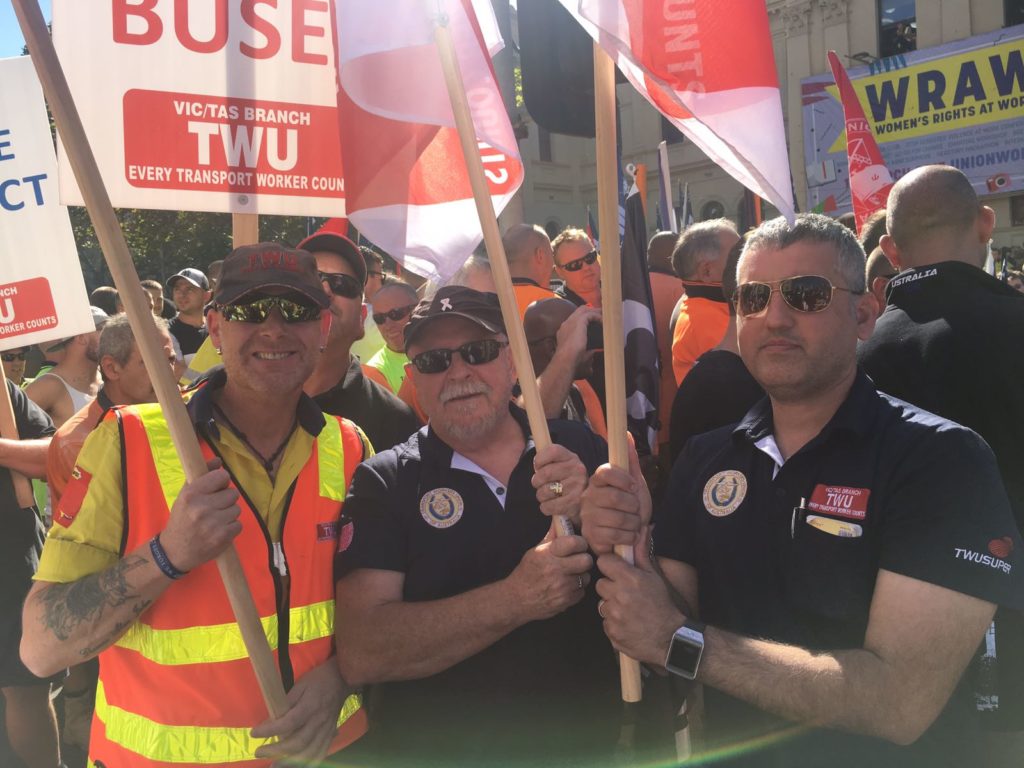 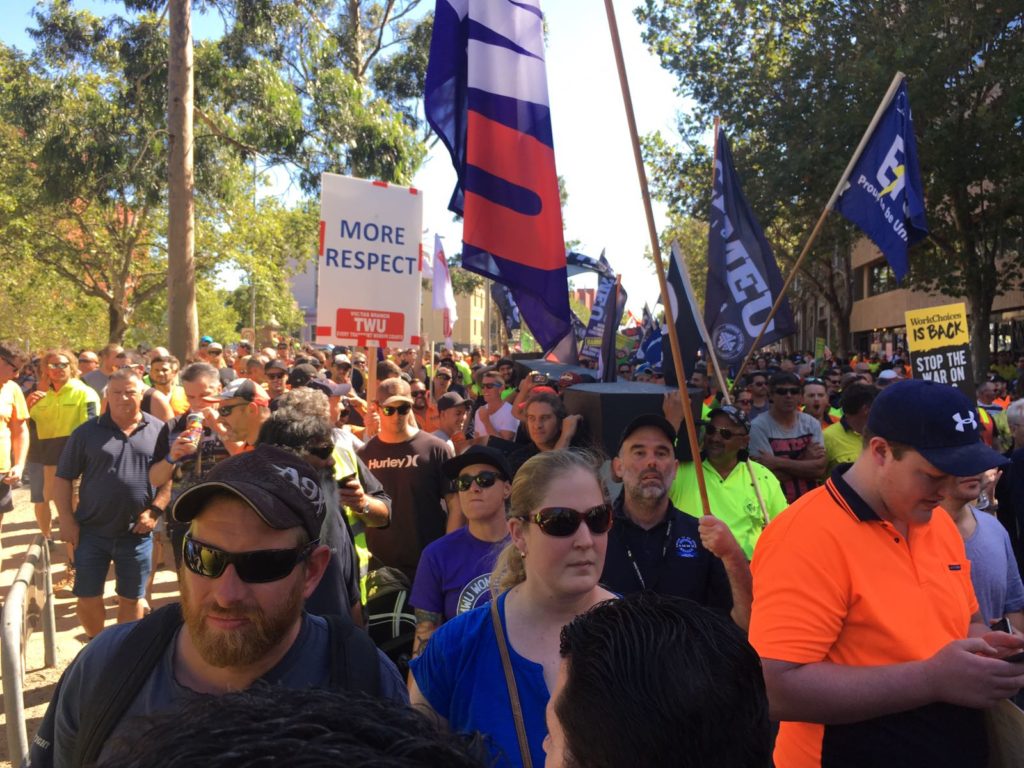