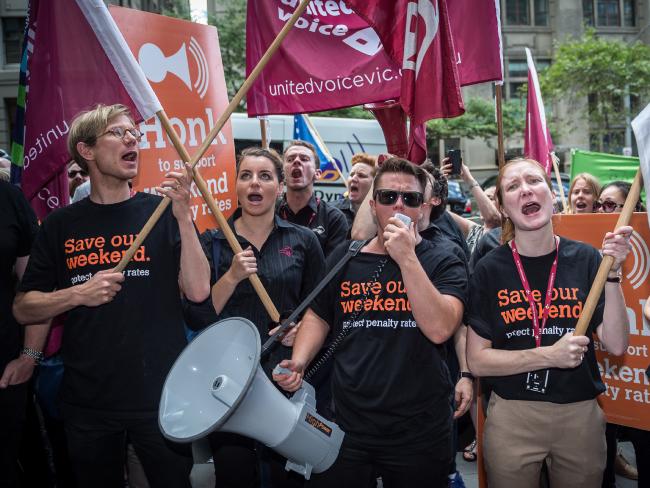 TWU (Vic/Tas Branch) State Secretary John Berger said the ruling would leave thousands of members – who sacrifice weekends and time with families to keep the economy moving – many thousands of dollars worse off. He said the Union would fight and lobby all political parties to have the current pay and conditions of working people preserved before July by introducing rules that ensure rates cannot be cut.

The decision will see hospitality, restaurant, fast food, retail and pharmacy workers have their Sunday penalty rates slashed by between 25-per-cent and 50-per-cent from 1 July this year. Public holiday pay will also be slashed by up to 25-per-cent.

“How can anyone be expected to take a 25-per-cent pay cut, or even more? It is an extremely dreadful result for working Australians who have quite simply been mugged,” John said.

“The TWU will never accept a situation where some of the nation’s most marginalised, insecure and lowly-paid workers across any sector will have their daily battles to put food on the table and books in their children’s hands made that much harder. Most will simply have to work more shifts or longer hours, and therefore having less time at home, to cover the gap.

“Which, of course, means that the Coalition’s claim that jobs will be created by cutting penalty rates will ultimately be revealed for what it is.

“It is now or never for Malcolm Turnbull to stand up for, and not abandon, a million fellow Australians and to show what sort of man he is and the man he wants to be remembered as.

“The TWU will fight to the end for our members, and the Union movement for all working Australians, to ensure all wages and conditions, along with all other mechanisms that provide some protections for workers, are retained. Decisions like these have traditionally brought together working people in solidarity and we must stick together because the louder our voices and larger our numbers, the stronger and more sustained will be our fight.”

The decision comes a day after record low wage growth of 1.9-per-cent was reported for the second consecutive quarter. This decision is a game changer for industrial relations in Australia. The independent umpire makes decisions based on the rules they are given. These rules are contained in our laws. We need the rules to change so penalty rates cannot be cut and our parliament must act now to protect working people. 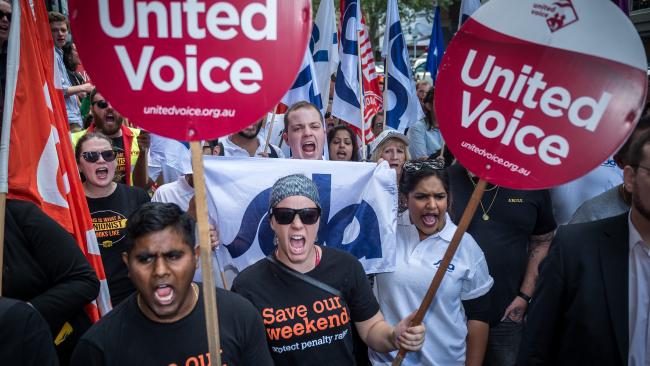 The ACTU’s Ged Kearney says Australia is now on its way to seeing a whole class of working poor.

John said the decision opened the door for pay cuts for all Australians who rely on penalty rates and public holiday pay.