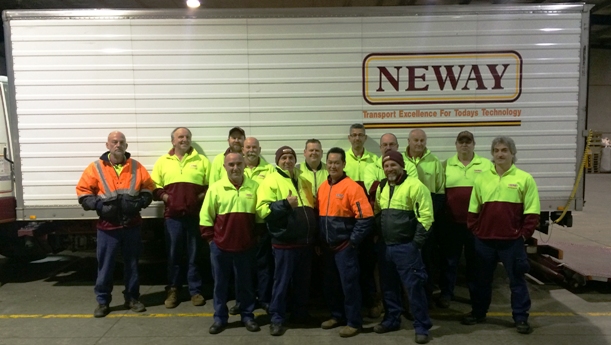 Technology has infiltrated nearly every aspect of the modern workplace, so it was only a matter of time before it would be used by workers during enterprise negotiations.

Discussions for a new enterprise agreement had been underway at Neway Transport for some time before TWU members implemented work bans in mid-August.

The bottom line is that after the bans were in place for two-and-a-half days the company agreed to a three-per-cent wage increase underpinned by a CPI guarantee over three years. An agreement was also reached for the term “last on-first off” redundancies to be included in the new EBA.

That’s a great win for the Neway guys. However, the in-between is also interesting.

With this in mind the bans included not using global positioning (GPS) and personal digital assistant devices – used to record deliveries and issue delivery dockets, invoices and receipts – during the protected action.

This meant that, while work was still being performed, important stocktake information was not being collected.  An additional ban on not answering company phone calls saw drivers – who would normally be on the road all day and receive instructions in transit – return to the depot after each job.