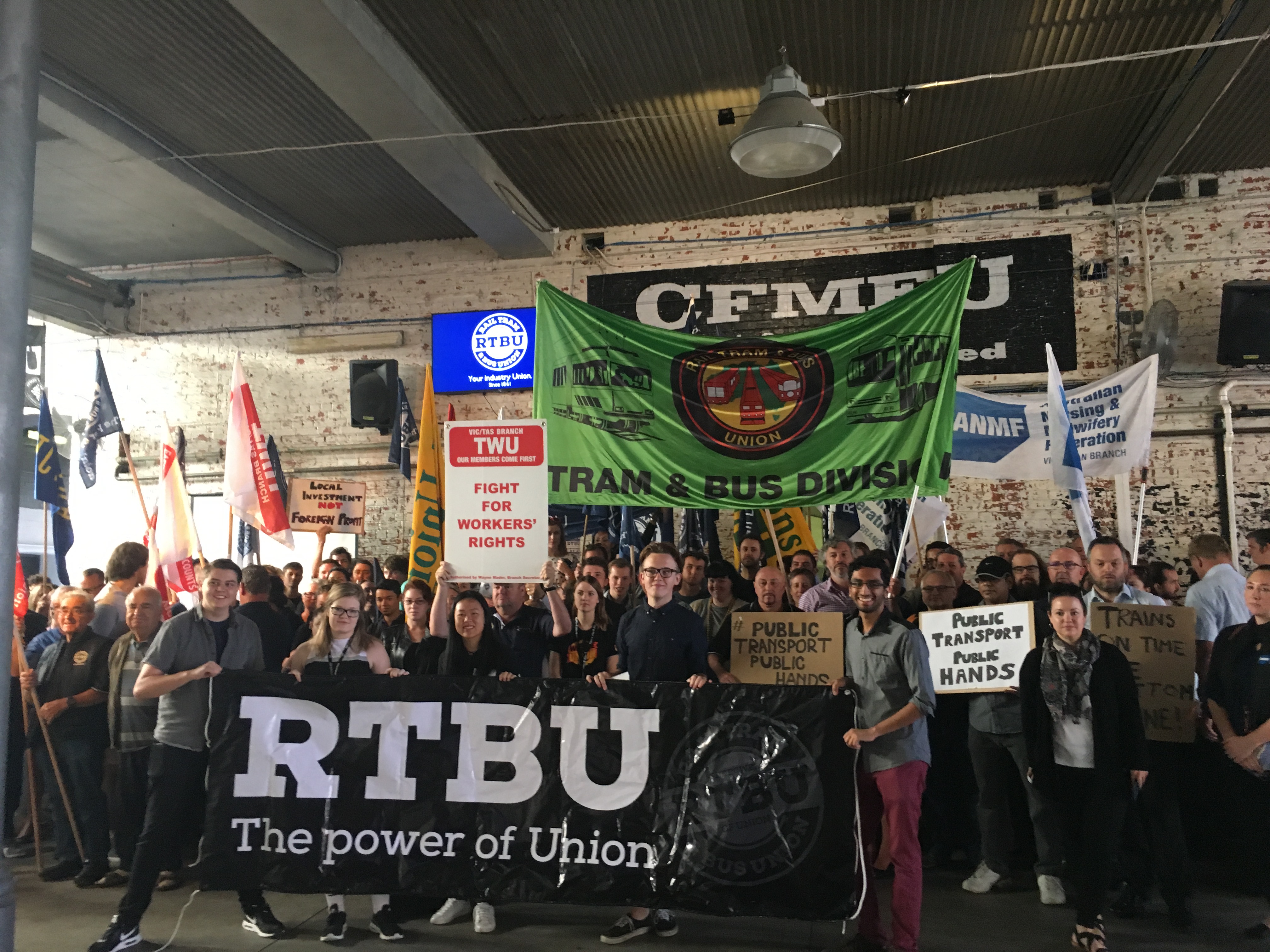 Unions urge trains and trams to be returned to public hands

The TWU has joined an RTBU-led campaign to put trams and trains back in the Victorian public’s hands and stop billions of dollars of revenue going to foreign companies.

The issue has united the broader labour movement who were out in force at the public campaign launch at Trades Hall, in Melbourne, on Thursday. Flyers have been widely-distributed at train stations and a digital campaign will also be rolled-out.

GET ON BOARD WITH THE CAMPAIGN AND SIGN THE PETITION NOW.

Victoria’s public transport system is both a large employer and is vital for the almost 450,000 Victorian workers who use the trams and trains every day. Many passengers are growing increasingly critical of having issues associated with cancelled trains and a run-down network now part of their daily commute.

Metro Trains is part owned by the Hong Kong government and the French government has a stake in Yarra Trams.

Both companies have bids before the government and a decision on the next contract is expected soon. Victoria is currently the only Australian state with a fully-privatised network.
RTBU state secretary Luba Grigorovitch said, all-up, the two operates have raked in over $10 billion in revenue, and $350 million in profits have been drained from the Victorian public transport system over seven years under the franchise agreement.
Public transport was privatised by the Kennett Liberal government in 1999.
TWU (Vic/Tas Branch) Secretary said it was common sense that money made from public transport should be used to improve existing, and build new, public transport infrastructure instead of being deposited into the bank accounts of foreign companies.
“I think that the broader Victorian community believes that privatisation should not come at the expense of the average taxpayer being disadvantaged or missing out,” he said.

At last year’s state Labor conference, the RTBU successfully moved a motion calling for public transport to be returned to public hands.

Those at top of chain-of-responsibility should be held accountable for truck road deaths: new research.
TWU National Secretary on the Today Show speaking about raids on a transport business and transport industry safety crisis